Duke gets some coal ash costs, but loses out on multibillion grid charges 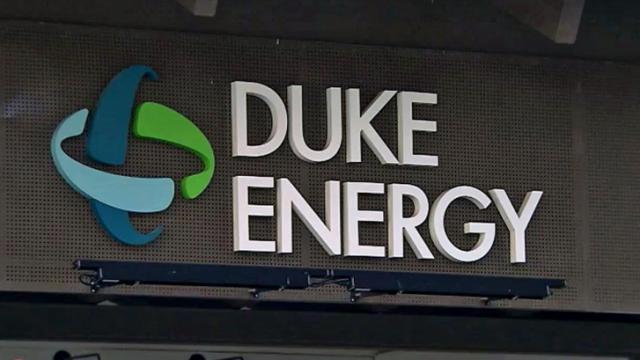 Raleigh, N.C. — Duke Energy won't be able to charge customers up front for $13 billion it wants to spend burying power lines and making other changes to its electric grid, the North Carolina Utilities Commission said Friday.

In a lengthy and heavily technical order, the commission laid the groundwork for electricity rates the utility giant’s Duke Energy Carolinas unit will charge customers in coming years. Denying upfront funding for the grid modifications comes as a blow to the company, but it can still come back to regulators later to recover those costs if it goes through with the work.

State regulators also ordered DEC, which serves the western part of the Triangle and much of western North Carolina, to refund customers $60 million a year for four years to cover benefits from state corporate tax cuts. There will also be offsets for federal corporate tax cuts approved late last year.

This is similar to the deal struck earlier this year for DEC's sister company, Duke Energy Progress, which serves Raleigh and eastern North Carolina. Environmentalists criticized that decision at the time, saying shareholders alone should bear the costs of coal ash mismanagement, which led to a 2014 spill in the Dan River and to new laws requiring cleanup at open coal ash pits.

The Sierra Club said Friday it will likely appeal the coal ash decision to the state Supreme Court, as it did with the commission's DEP ruling.

"It’s unfair and unjust for Duke to shift the billions it’s going to cost to clean up its coal ash mess away from the company and its shareholders and onto the general public," Sierra Club spokesman Dave Rogers said in a statement.

Utilities Commissioner Dan Clodfelter filed a dissent with Friday's order, saying he would have cut the allowed coal ash recovery nearly in half.

It's unclear exactly how these decisions will affect customer rates. Those must be set by the company within 30 days and submitted back to the Utilities Commission for review. Altogether, the commission said the company will be allowed to bring in less revenue than it took in for 2016.

The company's basic residential customer charge, which customers pay before they use any electricity, will increase from $11.80 a month to $14 a month. The commission said in a news release this will be offset by decreases in the kilowatt-hour charge.

The company had asked to increase this fee to $17.79 a month, something advocates for the poor pushed back against during commission hearings earlier this year.

Attorneys involved in the case said Friday they were digesting the ruling, which runs more than 400 pages, including dissents. DEC said in a statement that it disagrees with some of the findings.

"The company will evaluate next steps, keeping in mind that it is critical to balance the needs of our customers with smart investments that keep costs as low as possible and keep North Carolina competitive for the long term," the company said in an email.

The commission also said DEC can charge customers some $350 million for a canceled nuclear plant in South Carolina, but it ruled that the company can't profit from that project, as it normally does on construction costs.