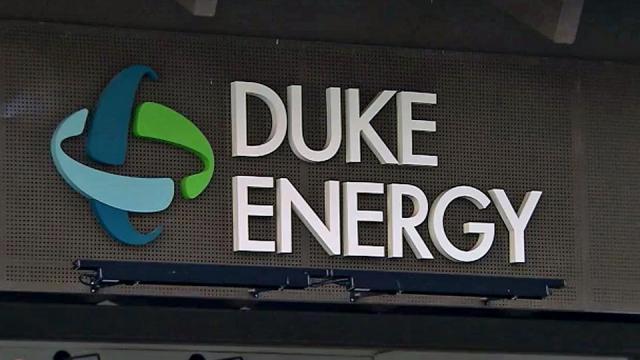 The company says it cost $2.6 million just to put the case on.

The energy giant hopes to recoup that cost, too, as a fraction of the electric bill increases it's seeking through subsidiary Duke Energy Progress, which serves North Carolina's eastern half.

Testimony before the North Carolina Utilities Commission, which will decide how much of an increase to grant, entered its second week Monday with the regulated monopoly again under fire for its handling of coal ash ponds outside plants around the state. Recovering the costs of closing those ponds, as required by legislation passed following a 2014 ash spill into the Dan River, is a major point of contention as Duke seeks permission – between this case and a request planned next year by western subsidiary Duke Energy Carolinas – to collect another $1 billion a year.

Increases wouldn't just pay for coal ash cleanup, but also to continue the utility's march toward natural gas instead of coal and to develop a handful of solar sites and close old coal plants. "Storm hardening," meant to keep the power from going out and get it back up faster is high on the list as well.

Testimony Monday also turned to the future and $13 billion in power grid updates Duke wants to move on and recover costs for in future rate cases, starting with next year's rate request from Duke Energy Carolinas. A consultant for industrial power users sounded the alarm, saying the plan would cost average residential customers between $3,600 and nearly $3,800 over 10 years.

Industrial customers served by Duke Energy Carolinas would pay $14.5 million over the period, with Duke Energy Progress kicking in another $4.8 million each.

Industrial cost concerns led consultant Kevin O'Donnell to back, begrudgingly, "the socialization" of industrial electricity costs through a rider that would be tacked onto residential bills in an effort to power costs lower for manufacturers, lest they cut jobs or leave the state.

"Failure to save manufacturing jobs in North Carolina will result in permanent rate hikes far in excess of the cost of the (Job Retention Tariff)," O'Donnell wrote in prepared testimony.

Consultants are paid to testify in these cases, much like expert witnesses in a courtroom. It's not always clear how much they're paid, though. Duke declined to say how much it pays expert witnesses, and it marked that information "confidential" on documents filed in this case.

The Public Staff – state attorneys and accountants who negotiate with Duke over rates and present the public's case to the Utilities Commission – have about a half dozen consultants paid between $125 and $175 an hour, most with the total payout capped in the high five figures. One consultant's rate is confidential, according to the Public Staff's chief counsel.

Duke gets billed for these costs, and they're part of the $2.6 million the company wants to recover from ratepayers. The company does not have to cover case costs for other parties, including the state Attorney General's Office or the commercial, industrial and environmental groups that have joined the case and put their own experts before the commission.

As for coal ash, Duke vice president Jon Kerin asked commissioners to look at the company's track record over decades instead of simply focusing on the "one small sliver of time" of the Dan River spill. The company pleaded guilty to federal criminal charges as a result of that spill, and those seeking lower rates argue that the company's negligence led to the new state clean-up regulations the company must pay for now.

Shareholders, not ratepayers, should cover those costs, according to a number of groups opposing Duke's increase requests. Duke says it complied with the laws of the time, and Kerin testified Monday that problems at another coal basin didn't surface due to mismanagement, but because of the way dams were built decades ago.

"One data point does not erase 65 years of managing those ash basins," Kerin said.

Friday in the case saw a former Utilities Commission member go to bat for the company, making much the same argument. To be as proactive as environmental groups seem to want, Duke would have had to ask the Utilities Commission years ago to raise rates to cover procedures above and beyond state or federal requirements from the time, said Julius Wright, who's also a former North Carolina state senator.

When Wright, a Ph.D and now a consultant for the utility industry, was on the commission in the late 1980s and early 1990s, "that's what we used to call gold plating," he said.

CORRECTION: This post has been edited to correct the spelling of Duke vp Jon Kerin's name.