The deal ends almost six years of debate and negotiation over coal ash disposal that began when a breach at an ash pond at a Duke plant near Eden dumped tons of toxic sludge into the Dan River in February 2014.

"North Carolina’s communities have lived with the threat of coal ash pollution for too long. They can now be certain that the clean-up of the last coal ash impoundments in our state will begin this year," Department of Environmental Quality Secretary Michael Regan said in a statement.

Under the agreement, coal ash will be excavated from two ash ponds at both the Allen Steam Station in Belmont, and the two at the Cliffside/Rogers Energy Complex in Mooresboro and one pit each at the Belews Creek Steam Station in Belews Creek, the Mayo Plant in Roxboro and the Roxboro Plant in Semora. The ash will be put in lined landfills on property at each of the plants.

A second ash pond at the Roxboro Plant and one at the Marshall Steam Station in Terrell will be partially excavated. The ash that will stay in place sits underneath other waste disposal operations, including lined landfills, that essentially serve to cap the ash below, Duke officials said.

The plan will remove almost 80 million tons of ash from the nine remaining sites, according to Duke, bringing the total amount of material excavated in North Carolina to 124 million tons.

"One of the most inspiring things about this is it's an example where local community groups have been able to change state policy and the corporate policy of Duke Energy in a way to benefit their communities," Holleman said.

"This really comes out of a mutual interest to put the coal ash debate behind us in North Carolina and really move forward to shaping a cleaner energy future for our customers," Duke spokeswoman Grace Rountree said. 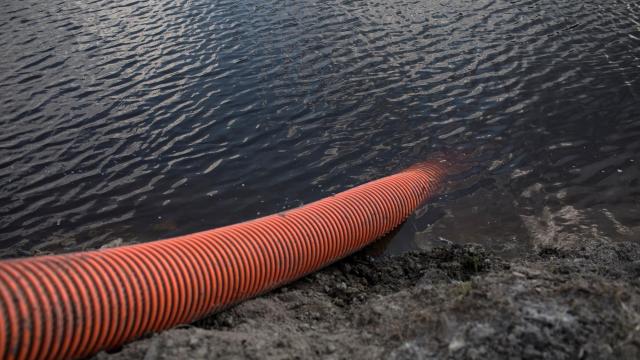 Duke has insisted for years that it would be too expensive to excavate all of its coal ash ponds and said science supported its plan to leave most of the ash where it was and just cover the pits.

The utility says the excavation plan will cost $8 billion to $9 billion overall – about $2.4 billion of that total has already been spent. The North Carolina Utilities Commission has allowed Duke to pass along those costs to customers, although more hearings will have to be held about future costs.

"This agreement significantly reduces the cost to close our coal ash basins in the Carolinas for our customers, while delivering the same environmental benefits as full excavation,” said Stephen De May, North Carolina president of Duke.

DEQ last year ordered Duke to dig up ash at all of its sites, citing groundwater contamination near the unlined pits. Duke officials said a full excavation would have cost $1.5 billion more than the deal the utility reached with regulators and environmental groups.

After the Dan River spill, lawmakers passed bills in 2014 and again in 2016 to establish cleanup priorities and timelines and to have DEQ assess the risk at the 33 ash ponds at Duke's 14 coal-powered plants statewide.

Closure plans for all sites were due Tuesday, under the 2014 legislation, and state officials said Duke met that deadline.

Initially, ash was ordered to be excavated from Duke plants in Wilmington, Asheville and Mount Holly, along with the Dan River site in Eden.

Two years later, plants in Moncure, Goldsboro and Lumberton were added to the excavation list following court rulings after communities sued over nearby ash pits, and a settlement between the state and Rowan County residents added an eighth site to the list.

Until Thursday's settlement, legislation allowed ash at the other plants to be left in place if it was covered up and the water was drained from the ponds – although DEQ's April 2019 excavation order superseded that.

According to Duke, excavation is completed or nearly completed at 10 ash ponds at the Asheville Plant, the Dan River Plant, the Riverbend Steam Station in Mount Holly, the Sutton Plant in Wilmington, the Weatherspoon Plant in Lumberton and one basin at the Rogers Energy Complex.

That material is being recycled or disposed of in lined landfills.