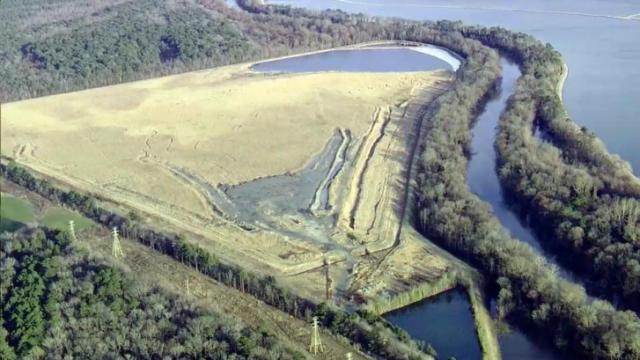 Charlotte, N.C. — Duke Energy Chief Executive Lynn Good said Friday that customers will shoulder most of the cost of emptying out the utility's 31 coal ash ponds in North Carolina.

Sheehan stressed that the company, not its customers, will pay to clean up the recent 39,000-ton coal ash spill in the Dan River. But if the state requires the utility to close down and move its other existing ash pits, then utility customers, not shareholders, will likely pay most of that cost.

Cost "recovery" means a utility's ability to charge its costs back to customers in higher rates, rather than taking costs out of company profits, which would mean lower earnings for shareholders.

Duke's profits for the past fiscal year were $2.7 billion, with shareholder earnings up 25 percent over the prior year, largely on the strength of the company's controversial merger with Progress Energy.

Gov. Pat McCrory, a Duke shareholder and former executive who benefited from more than $1 million in direct and indirect campaign donations from the utility and its employees, declined to take a position on Good's statement. Asked whether the governor believes utility customers, rather than corporate shareholders, should be asked to cover the cost of emptying the company's ash ponds, McCrory spokesman Ryan Tronovitch wouldn't answer.

"At this point, we’re still gathering information, and we have asked Duke to send their plans to (the state Department of Environment and Natural Resources), but at the end of the day, this will be handled by the Utilities Commission," Tronovitch said. "The governor has stressed that there needs to be an ongoing public dialogue, and that certainly applies to the cost of cleanup as well."