Raleigh, N.C. — Hundreds of times each month, drugs are missed by security measures at every North Carolina prison.

Walking drugs into a prison, whether you are a visitor or an employee, is much more difficult than it used to because of an intense screening process that has evolved over the past few years. 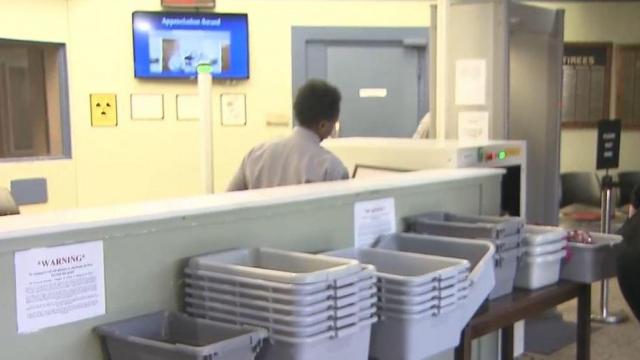 While prisons are designed to keep people in, the state is now working just as hard to keep drugs and other contraband out.

Prison officials said that people are finding new ways to sneak substances in, and often times, what one finds in the outside world, they can find in prison.

The state Director of Prisons Kenneth Lassiter showed WRAL News some of the drugs officials confiscated in the past year.

Some were smuggled inside the spine of a book, inside a Chapstick lid and even hidden in the lining of a greeting card.

"Every time we find a way to stop it, they migrate to a totally different way to do their illegal actions," Lassiter said. "So we've strengthened our entrance and exit policies."

Visitors can't bring in bags, but employees may bring in clear bags with liquids that are sealed. They then come through a metal detector and are checked for cell phones.

Finally a "pat-frisk" is meant to ensure no contraband has been missed.

Because of the tight security at entrances, Lassiter said people are mainly using the woods as cover and launching drugs over the prison fences.

"Just blatant in the middle of the day, someone stopping on the side of a busy highway, running up to a prison, throwing it over a fence," he said.

The prison system has moved fences further farther out, increased patrols around the perimeters and added security cameras to catch offenders.

"We had a guy who got out and at noon he was through contraband over the fence to the inmates he had gotten out of the same prison," Lassiter said.

That inmate, James Ridgewell, is now back in prison, a reminder Lassiter says that they take the issue very seriously.

"We constantly have to be in the mode of being on the defense to try and prevent it from happening," he said.

Prison and inmates are routinely searched and screened for drugs, but officials said the goal is to prevent it from getting in in the first place.

Officials some of the most creative ways to sneak in substances over the fence is with drones and with bows and arrows.