Driver dies days after being stunned by police in chase 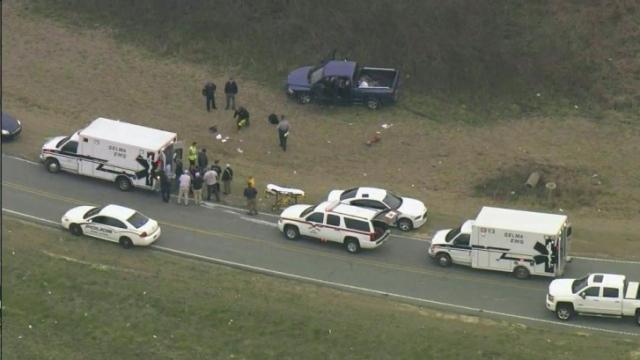 Raleigh, N.C. — A Johnston County man involved in a high-speed chase last week that ended with police using a stun gun on him has died, authorities said Tuesday.

Alex Thompson, 37, of Princeton, had been in critical condition at WakeMed since the Thursday afternoon chase.

State Bureau of Investigation spokeswoman Shannon O'Toole didn't disclose when Thompson died and said state medical examiners would have to determine the cause of death.

The chase started when a Wilson County deputy tried to pull over a Dodge pickup for speeding on U.S. Highway 301 near Lucama, but the driver refused to stop. Authorities said the chase topped 100 mph as it headed south into Johnston County, where Kenly police picked up the pursuit.

The chase ended more than 10 miles later when the pickup crashed into a fire hydrant near the intersection of Country Store Road and U.S. Highway 70, between Pine Level and Princeton.

Kenly Police Chief Josh Gibson said in a statement issued Friday that one of his officers used a stun gun on Thompson when the man ran towards the officer and disregarded the officer's commands.

Thompson then suffered what authorities described as a medical emergency and was taken to WakeMed.

The State Bureau of Investigation, the State Highway Patrol and the Kenly Police Department are reviewing the case.