Raleigh, N.C. — Police in Raleigh were searching Saturday for a suspect whose vehicle struck and killed a pedestrian during the overnight hours, authorities said.

According to the police report, Sabas Colon Habana was walking shortly before 3 a.m. in the 3700 block of New Bern Avenue near Trawick Road when he was struck. The report did not provide an address or age for the victim. The report suggests that he may be from Wisconsin although it was not clear if he lives in North Carolina or was just visiting.

Habana was crossing from north to south and was not in a designated crosswalk when he was struck, according to the police report. He was rushed for medical treatment to WakeMed but died shortly after he arrived, police said. 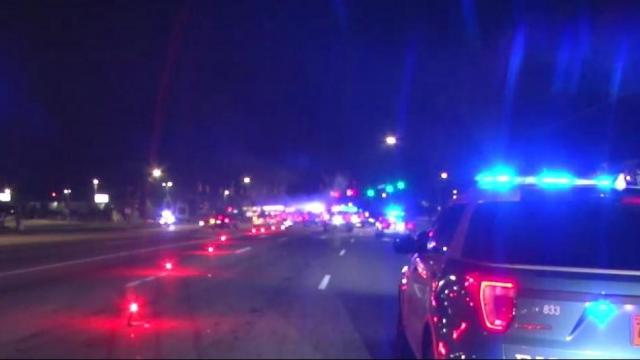 The accident occurred near a Shell gas station, and police closed several lanes of New Bern Avenue while they investigated the crash.

Police said the vehicle was described as a silver colored, four-door sedan that likely has front-end damage to the bumper, grill, hood and windshield.

Anyone with information about the incident was asked to call Raleigh police.