Driver of moped injured in crash with vehicle 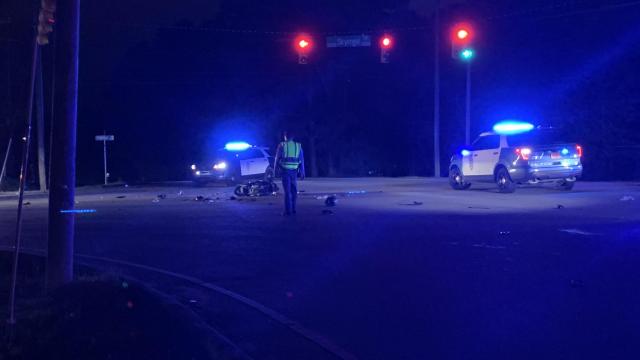 Raleigh, N.C. — The driver of a moped was sent to the hospital with non-life-threatening injuries after a crash Friday night in Raleigh.

Raleigh police said the crash happened just before 10:30 p.m. at the intersection of Trawick Road and Skycrest Road between a moped and a car. The person on the moped, who was not identified, was transported to the hospital.

The driver of the car remained on the scene as police investigated.

There were no other injuries. Raleigh police remained on the scene collecting evidence late Friday. There was no word on if charges would be filed.