Raleigh, N.C. — A driver lost control of his car overnight and crashed into a row of cars parked at an EMS station near N.C. State University.

Crews at the scene said the driver went off the side of the road and through a lawn before crashing into a group of parked cars. 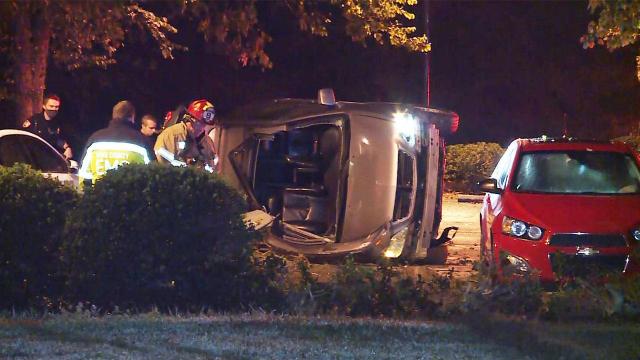 First responders worked quickly to cut the roof off the top of the car to rescue the man trapped inside. He was taken to WakeMed and is expected to be okay.

Multiple cars parked at the EMS station were damaged, but no one else was injured. The cars belonged to first responders who were working at the time.

Officials said the driver may have been under the influence of alcohol when he lost control of his car.