Fayetteville, N.C. — A driver was injured Saturday morning at the Valley Proteins plant in Fayetteville where two workers were found unresponsive nearly two weeks before.

A spokesman for the Valley Protein Blue Collar Workers Organizing Committee said a driver in the cab of a yard jockey trailer was injured around 4 a.m. The spokesperson said the driver's condition was unknown. 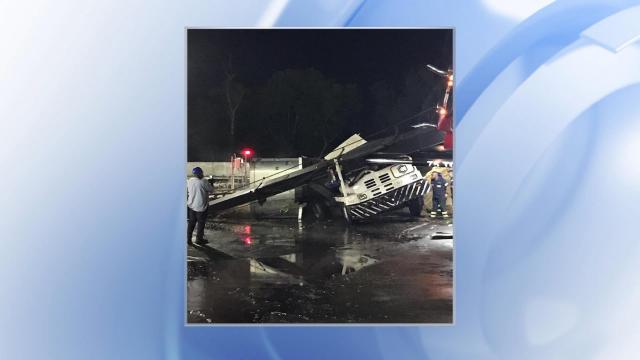 The crane doing the lifting then turned over, according to the spokesperson, and a boom landed on the cab of the mini tractor-trailer, which crushed the driver sitting in the trailer.

"The truck crane tried to lift a trailer and it was too heavy for the truck cane, and it actually overpowered the crane and then, boom. [It] landed on the cab," said Chris Hollis, who spent a year working for the plant as a raw materials driver.

"Conditions are intolerable," said Hollis. "I knew the condition we were working in and I was being treated the same way." 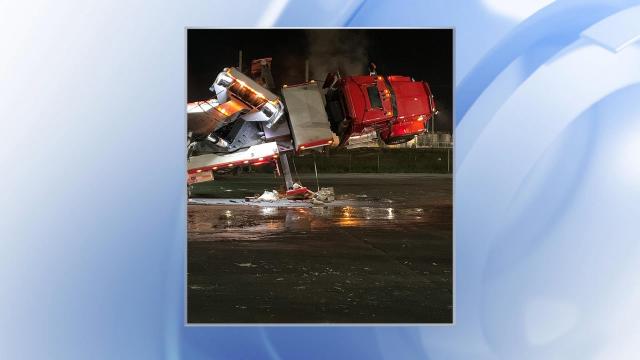 The Valley Protein Blue Collar Workers Organizing Committee said the two men that died in at the Fayetteville plant on Sept. 12 were Kevin Hoeft and Brad Zipp.

On Sunday, the committee gathered in Fayetteville to remember Hoeft and Zipp.

"Kevin was a helper. He never blinked an eye to help anyone that asked of any question, any help, any thing that anyone needed -- he was there without a doubt," said Hoeft's fiance Tina Elsenpeter.

Officials said the incident happened in a pit at the plant around 1:30 p.m.

An employee, who asked not to be identified by WRAL News, said it's likely the two employees found unresponsive were exposed to hydrogen sulfide while working in the pit. High exposures to the gas can be extremely dangerous and even deadly, according to the Occupational Safety and Health Administration.

As COVID-19 spread in meatpacking plants, workplace complaints piled up

The employee said that all plant workers have a hydrogen sulfide monitor that will beep if it detects the gas, and the faster it beeps -- the higher the gas content.

Following Hoeft and Zipp's deaths, Valley Proteins released a statement saying the employees may have been harmed because they didn't follow safety procedures and that the company is investigating the deaths.

Valley Proteins has had eight health violations at North Carolina Valley proteins plants, but none at this Fayetteville plant.

The committee, which was formed in May 2020, said they have raised concerns about long work hours, lack of personal protection equipment, hazardous pay, paid sick leave, wage theft and unsafe working conditions.

Hollis and other workers that spoke with WRAL News said those in leadership at Valley Proteins have a duty to keep employees safe.

"The company's culture is a rush, I don't care how you get it done -- get it done, and these accidents happen," said Hollis.

The committee also sent a letter to state Department of Labor Commissioner Josh Dobson asking for an investigation into the deaths of Hoeft and Zipp.

"People are being severely injured and killed because of unsafe patricides and it's always put on the workers not management," said Hollis.