Raleigh, N.C. — The driver charged in the crash that killed an acclaimed North Carolina State University professor Saturday could’ve been in jail, instead of behind the wheel, at the time of the crash.

Jamal Demetrius Jones, 41, was charged with failure to yield the right of way to a pedestrian and misdemeanor death by motor vehicle after police say he hit 86-year-old Gerald Barrax, of Raleigh, Saturday evening on Sunnybrook Road.

Barrax was crossing the road in a marked crosswalk when he was struck, authorities said. He suffered critical injuries and died at WakeMed. 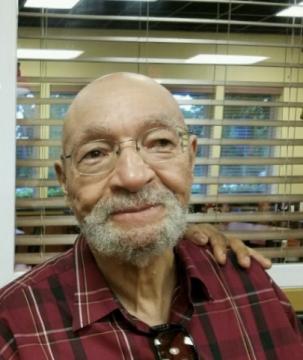 According to state records, Jones was convicted and sentenced to up to 30 months in jail for a cocaine and gun charge. The sentence was suspended, and he was placed on 24-month supervised probation.

He was released on bond after the crash.

Barrax's granddaughter, who lives in North Texas, told WRAL News that Barrax had worked as an English professor at NC State and had frequently walked around Raleigh.

NC State officials did not immediately respond to a request for comment.

Barrax retired from the university in 1997, according to reports.

According to the African American Registry, Barrax was an Alabama native who was raised in Pittsburgh.

He was a distinguished writer and poet who was nominated in 1992 for the Pulitzer Prize for a book of poems titled "Leaning Against the Sun," according to several online articles about Barrax.

In 2009, Barrax won the North Carolina Award for Literature.

In a documentary made by the North Carolina Department of Natural and Cultural Resources to celebrate the 2009 win, Barrax said he was the first black teacher at N.C. State.

According to the African American Registry site, Barrax "has been considered a major contemporary influence in the world of literary expression and scholarship" and frequently used his background and black life as a source for his poetic writings.