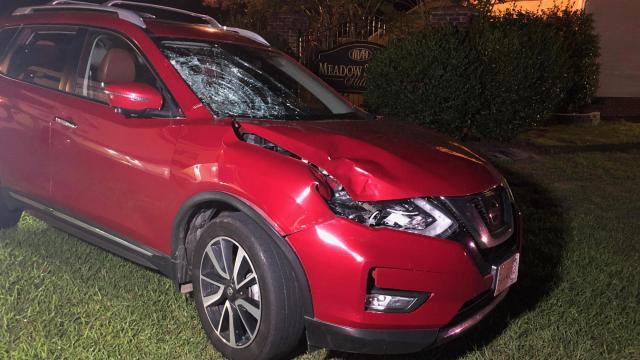 The man was hit on Old Stage Road sometime around 9 p.m. The driver was in a red Nissan Rogue and was left with damage to the front and windshield, officials said.

The man was in the roadway when he was hit by the car. It was a dark road with no streetlights, officials said.

The man who died has not been identified by officials.

No charges were issued on Friday night.