Driver hit in crash involving 2 trucks I-95 near Dunn

Dunn, N.C. — A crash involving multiple trucks and cars closed the entire northbound direction of Interstate 95 in Harnett County on Thursday morning between Godwin and Dunn.

WRAL Nia Harden learned there were four separate crashes that occurred back-to-back before 5 a.m. at Exit 71 for Long Branch Road, south of Dunn. A tanker truck and a flat bed truck were both involved.

A driver who stepped outside was hit by his own car when one of the trucks crashed into it. The driver was taken to a local hospital, but there was no update on his condition. 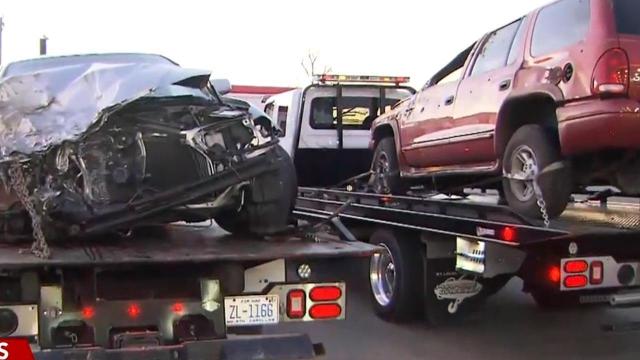 At first, all northbound lanes were closed, but one leftbound lane reopened by 6 a.m. By 7 a.m., all lanes had reopened, but delays remained.

Brian Shrader reported cars were backed up for miles, and delays extended into Cumberland County.