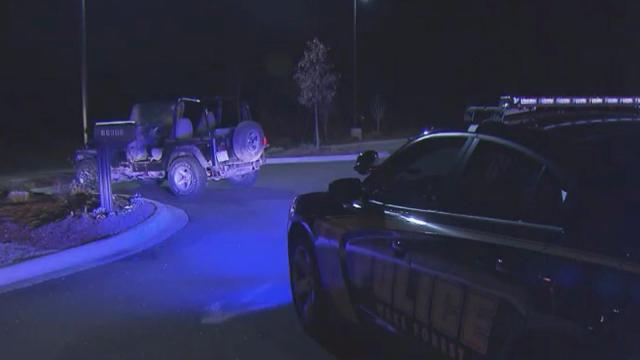 Wake Forest, N.C. — Wake Forest police said a drunken driver was killed early Monday after he was ejected from his Jeep and the vehicle ran over him.

Police said Carl Wilson Stancil, 24, of Wait Avenue in Wake Forest, was driving his Jeep recklessly in the parking lot of the Carolina Ale House restaurant on North Park Drive when he lost control and struck a curb about 2:30 a.m.

Stancil was thrown from the doorless Jeep, but the vehicle kept traveling and ran over him, police said. The vehicle continued moving until a passenger got into the driver's seat and applied the brakes.

Stancil was taken to WakeMed, where he was pronounced dead.

There were four passengers in his car, and one of them was seriously injured.﻿