Driver charged with felony in chain reaction crash in Raleigh 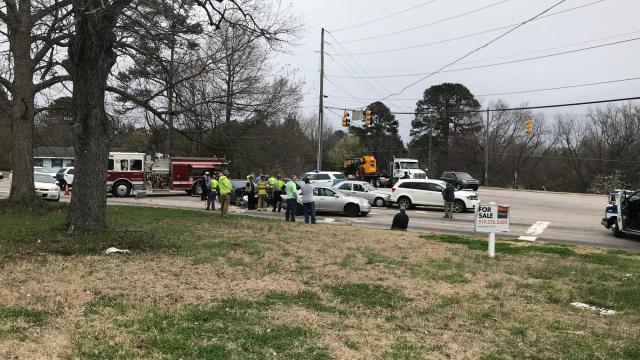 Raleigh, N.C. — A driver is facing felony charges after a hit-and-run led to a chain reaction crash Monday afternoon in Raleigh.

Raleigh police said the unidentified driver was speeding near Atlantic Avenue and Litchford Road just before 4 p.m. when their car crashed into another vehicle that was stopped at a red light.

The impact caused a chain reaction crash that resulted in damage to five cars, three of which needed to be towed from the scene.

The driver fled from the scene of the crash but was taken into custody a short distance away, police said.

Two people, including the suspect, were taken to WakeMed for treatment as a result of the crash. Police said both people are expected to be OK.