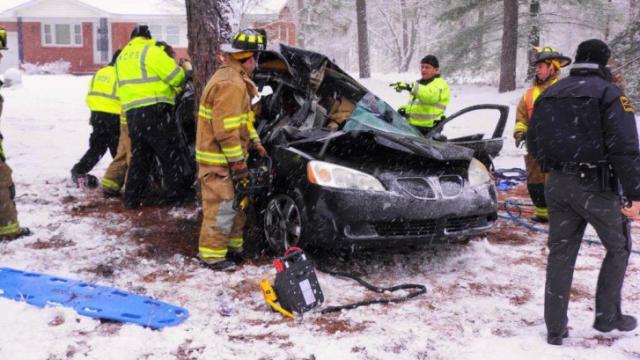 Carthage, N.C. — A Robbins man has been charged in a fatal crash near Aberdeen last week that occurred after his car skidded off a snowy road, authorities said.

Viacente Osvaldo Castillo Gonzalez, 24, of 195 Huey Road, was charged Monday with death by vehicle and having no operator's license. He was being held in the Moore County jail Tuesday under a $20,000 bond.

Gonzalez was driving on Sandpit Road on Feb. 11 when he lost control on the snow-covered roadway, the State Highway Patrol said. The car went off the right side of the road, and Gonzalez over-corrected and struck a tree, troopers said.