Smithfield, N.C. — Thanks to a devoted social worker, a Smithfield nursing home and the kindness of strangers, Milton "Milt" Capps will watch the Yankees take on the Astros on Sunday in New York City.

WRAL News first met Capps, who has been a Yankees fan since the 40s, in February. At that point, community members and caregivers at Smithfield Manor Nursing and Rehab had just created a GoFundMe page trying to raise money to get the Johnston County man to New York to watch the Yankees play for his 100th birthday. 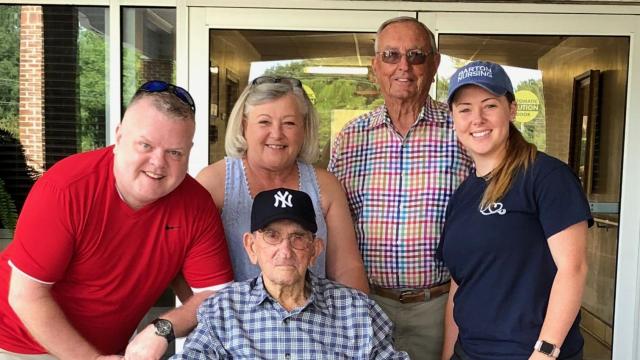 In a phone interview on Sunday, Sherry Howell, staff development coordinator at the nursing facility, told WRAL that Capps flew out Saturday with a nurse, nursing assistant and his lifelong best friend.

The game starts at 2 p.m. on Sunday, and Capps will be featured somehow during the game. "He is just tickled," Howell said.

Capps' birthday wish wouldn't have been possible without social worker Jodi Desimone, who organized the fundraiser and planned the trip. 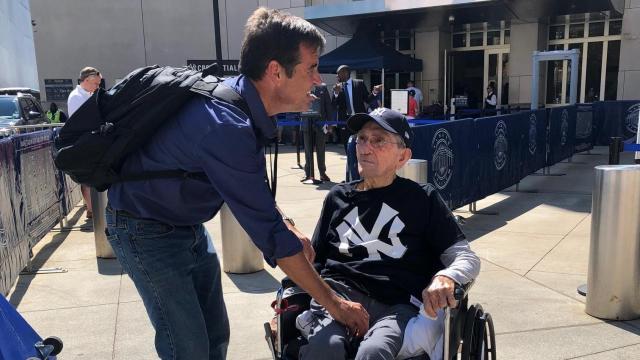 Capps worked in farming and construction until he was 81 and hasn't been able to travel much. "I always said I wanted to go to Yankee stadium but I never got the opportunity," said Capps. "I just feel great getting to go."

Capps said he saw the Yankees play a couple of times in D.C. and Baltimore but never in New York.

"I'm happy they feel that much for me," said Capps. "It makes you feel good.”