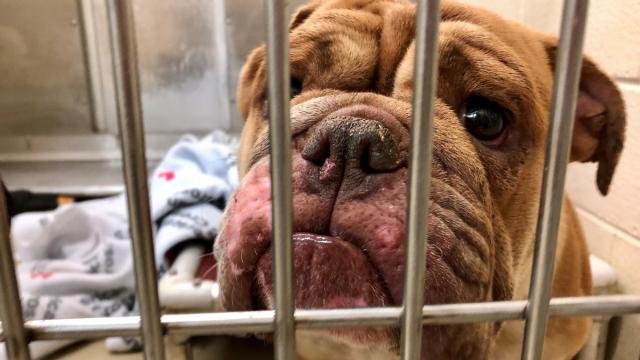 Orange County Animal Services took control of the 57 dogs in October, following complaints of deplorable conditions at the backyard breeding operation on Alexander Drive. Some of the dogs later gave birth, leaving the agency to care for nearly 80 animals.

Because of overwhelming interest from people wanting to adopt the dogs, the department has developed a lottery system for the adoption process. Dogs will be available in batches of six to 12, and interested adopters can then submit applications during the viewing period. Adopters will be randomly drawn once each viewing period has closed.

The first batch of dogs can be viewed online at 5 p.m. Saturday or at the shelter, at 1601 Eubanks Road, at noon next Monday. Dogs won't be made available for individual "meet and greets" because of the large number of inquiries. Applications can be submitted online or at the shelter until 8 a.m. Jan. 30.

Interested individuals may apply for more than one dog each week, but only one application per household per dog will be accepted. Also, only one dog will be allowed per family, so once a family adopts a dog during the process, applications for other dogs will not be considered.

Once an applicant has been notified that he or she has been chosen to adopt, that person must respond to Animal Services and be at the shelter by 4 p.m. the next business day to meet the dog and complete the adoption. If the applicant fails to respond to the notification or pick up the dog, he or she will forfeit the adoption, and a new potential adopter will be chosen from applicant pool.

The weekly process will continue until all of the dogs have been adopted. More information is available online.

The adoption fees are $150 for puppies and $120 for adult dogs. All of the animals will be spayed or neutered and have basic vaccinations. 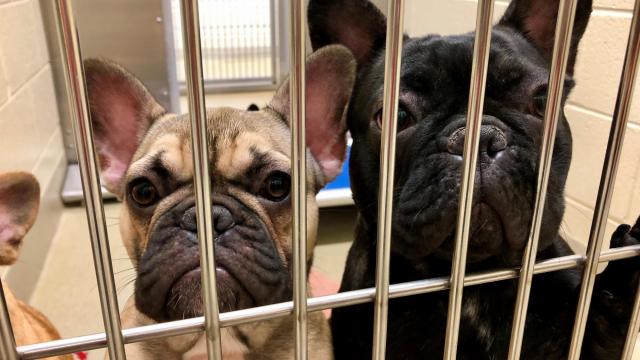 Animal Services officials will provide medical information for specific dogs to their new owners. Officials also noted that bulldogs have various health issues as a breed, and part of the adoption process will ensure that each adopter understands the costs and ongoing care that may be associated with the animals.

Cynthia Riggan, 65, and her son, Taylor Doar, 35, each face 16 felony and 37 misdemeanor counts of animal cruelty in the case. Riggan told WRAL News in October that she would never mistreat an animal, and she blamed her son for the bad conditions.

Dr. David Webster, who owns Hope Crossing Animal Hospital in Pittsboro, called conditions at their breeding operation "the worst, by far, that I’ve seen, without a doubt."

Webster, who was called to the facility to examine some of the dogs, said the smell of urine and feces around the animals was so strong that he had to step out repeatedly to get fresh air. The dogs were stacked in small crates, food in their bowls was old, and there was little, if any, water for them to drink, he said.

He told authorities that poor conditions there resulted in the deaths of multiple animals due to infectious disease. His complaint helped prompt Animal Services to seize the dogs and file charges against Riggan and Doar.

Animal Services spent about $37,000 a month to care for the dogs. The agency is accepting donations to help offset the costs of that care.