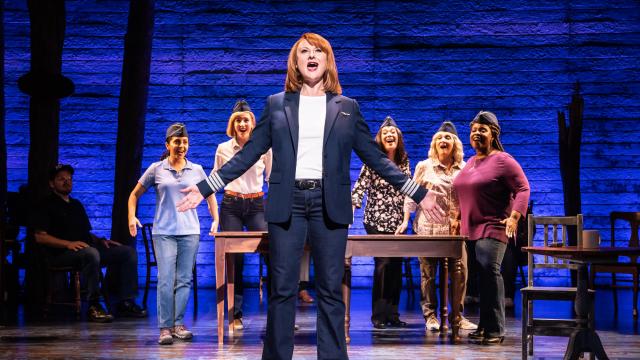 Durham, N.C. — Durham Performing Arts Center is once again ranked as one of the best theaters in the country for its size, placing among the top five venues in attendance and sales.

In its twelfth season, the theater held 155 events and sold out 77 performances. A total of 335,769 guests attended events at the venue during its abbreviated season due to the coronavirus pandemic.

DPAC hosted its highest rated Broadway show ever, Come From Away. DPAC guests rated the show 98.2 out of 100 possible points.

'Come from Away' shows humor, heart amid 9/11 backdrop

This year's DPAC season included a group of "mean girls" and a flying carpet. The season's top five shows for attendance were Disney's Aladdin, Mean Girls, Come From Away, A Bronx Tale and Irving Berlin's White Christmas. Due to the coronavirus pandemic, DPAC's 2019/2020 Broadway season was abbreviated. Many shows have been rescheduled to 2021.

The top attended concerts of the year were Ringo Starr and His All Starr Band, Charlie Wilson, Frankie Valli and the Four Seasons, The Last Waltz Tour 2019 and John Prine

Season tickets are currently on sale for DPAC's upcoming Broadway season. The season was set to kick off in September, but due to the pandemic shows were pushed back to 2021. The first show of this upcoming season is "Pretty Woman: The Musical" in late February.

Broadway smash "Hamilton" will also be making its return to DPAC this year. The show will run Dec. 30, 2020-Jan. 24, 2021. Season seat members will have the chance to add "Hamilton" to their season package before tickets go on sale to the general public.

'Hamilton' to return to Durham
SUGGEST A CORRECTION