Raleigh, N.C. — Dozens of people are left without a home--and having lost most of their possessions--during a time when most people are being asked to 'stay-at-home.' 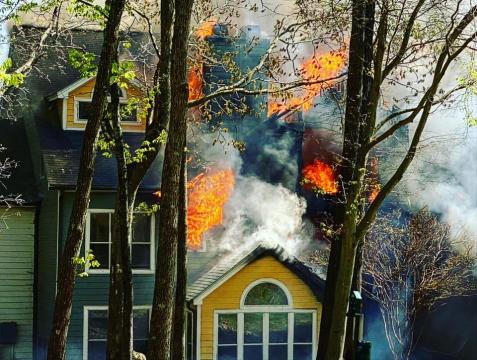 Authorities responded to a fire at the Regency Place apartment complex in Raleigh on Friday afternoon. The flames engulfed three-stories of an apartment building, with fire coming out the roof and out windows. Witnesses described an entire portion of the front wall collapsing.

According to officials, 12 units were destroyed. It took 60 fire fighters more than 45 minutes to extinguish the three-story high flames.

On Saturday morning, the site of the fire was still smoking. 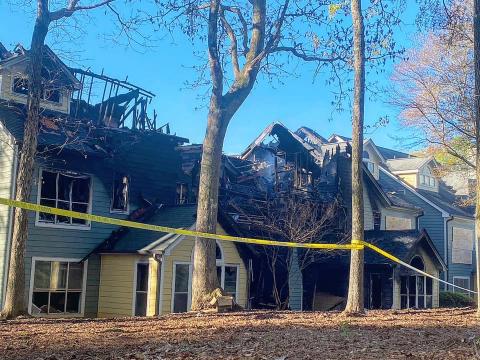 Managing a disaster during a pandemic

Authorities said they are doing what they can to follow the safety guidelines for COVID-19, but saving lives comes first.

One fire fighter said, "Our mind is going in to save victims and minimize property loss. But we still want to be safe. Don't want to carry [COVID-19] home to our families." 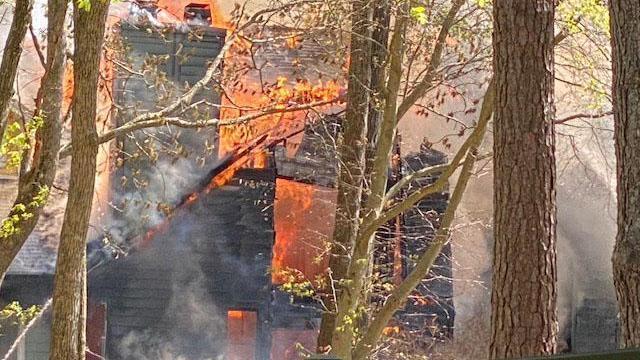 He said they try to practice as safely as humanly possible, but sometimes the job takes priority over the first responders' safety.

"We do put our lives on the line for others," he said. 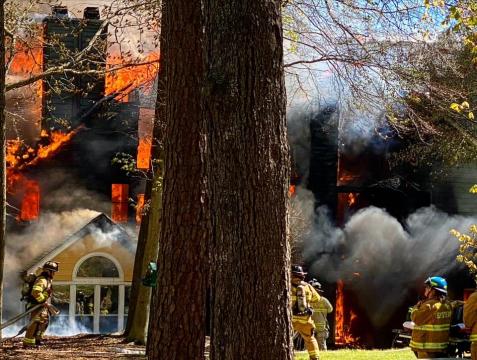 How the fire started

Authorities believe the fire started outside of the apartment building.

The building was evacuated, and the Raleigh Police Department diverted traffic from the area. 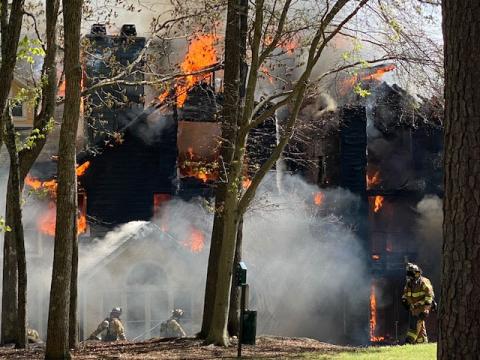 Two teenagers, Alexis and Chavonah, were among the first to notice the blaze.

"We were walking our dogs and we saw black smoke and ran down here to look," one said.

"We saw a lady with her hand waving. She was screaming, and [we] saw little movements and heard her screaming for help," she said. "So we ran home to tell our parents, and they notified the police." 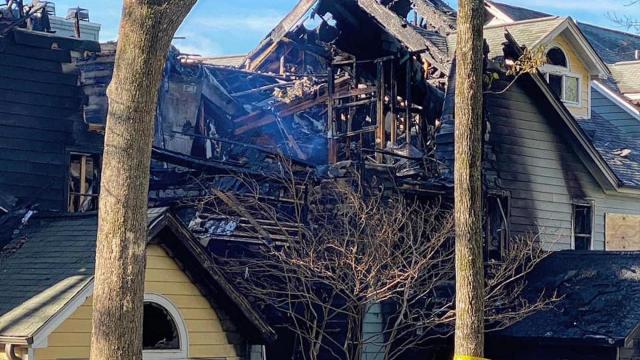 Several witnesses also described hearing someone inside crying for help within the first few minutes of the fire starting. Officials have not released information about whether or not there were injuries.

Officials said it is still early in the investigation, so they aren't ruling anything out. The American Red Cross is helping displaced residents find somewhere to stay.