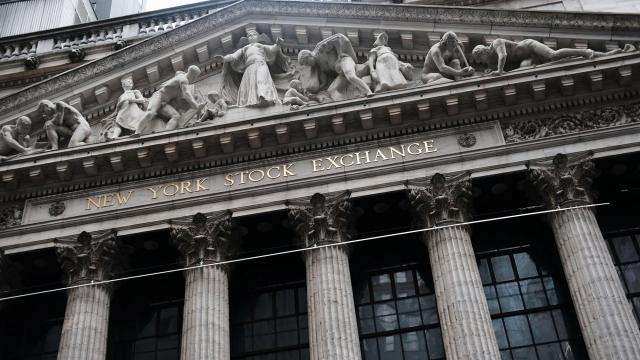 CNN — Stocks slipped on the second-to-last trading day of the year, marking the worst performance since the start of the month for the major indexes.

Although Monday was relatively devoid of news, it was also devoid of trading volume, which can exacerbate market movements.

"I think what we're seeing is some of the strongest producing stocks of the fourth quarter are seeing some pressure," said Edward Moya, senior market analyst at Oanda.

Microsoft, for example, which climbed more than 13% in the final three months of the year, was in the red Monday.

Profit-taking is the name of the game, "and people are squaring up a lot of short-term bets," Moya added.

Trade news still managed to make some investors nervous. Chinese state media reported that Vice Premier Liu He was set to sign the "phase one" deal during a visit to Washington this week. But hours later Monday, Trump administration trade adviser Peter Navarro told Fox News the preliminary deal would be signed next week at the earliest.

The preliminary deal "was already fully priced into the market, so just the fact that a potential date on the signing was mentioned isn't really much of a big deal," said Paul Hickey, co-founder of Bespoke Investment Group.