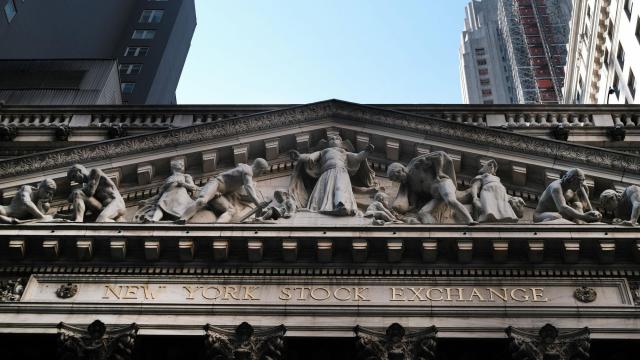 CNN — The Dow hit a seventh day of gains in a row Thursday, with stocks higher after the United States said it would delay some tariffs on Chinese imports.

The Dow, which had briefly turned negative in the first minutes of trading, finished up 46 points, or 0.2%. The index has risen seven days in a row, its longest winning streak since early May, according to Refinitiv.

Stocks picked up steam in the first half of the trading day following a Bloomberg report saying that Washington is considering an interim trade deal with China that would delay and roll back some import tariffs.

President Donald Trump tweeted late Wednesday that "as a gesture of good will" the United States would delay a tariff increase on $250 billion of goods from China that would have taken levies from 25% to 30% from October 1 to October 15.

Earlier Wednesday, China waived import tariffs on some US goods.

In Europe, the European Central Bank cut its deposit rate to -0.5% from -0.4%, and restarted its quantitative easing program with monthly €20 billion purchases starting November 1.

"Overall, markets are disappointed with the ECB's action, but that could be changed if the ECB commits to buying corporate bonds," said Edward Moya, senior market analyst at Oanda.

Market participants will now turn their attention to next week's Federal Reserve meeting, at which a quarter percentage point interest rate cut is expected with an 89% chance, according to the CME's FedWatch tool.

Trump, who has long been critical of the Fed's policy, tweeted that the ECB had acted quickly and was trying and succeeding to depreciate the euro, while the Fed didn't act. On Wednesday, Trump called for rates of "zero, or lower" in a tweet.

The euro briefly bounced higher after the ECB decision before falling into negative territory.

On the economic data front, consumer price inflation for August came in just below expectations at 1.7%, compared with the 1.8% consensus forecast. Core inflation stood at 2.4%, versus 2.3% expected.

The lower headline number could give the Fed more reason to cut rates next week. At the same time, the core inflation number is the highest since July last year, when the Fed was still raising rates, according to the Bureau of Labor Statistics.

Jobless claims for the week ended September 7 came in at 204,000, slightly below expectations.