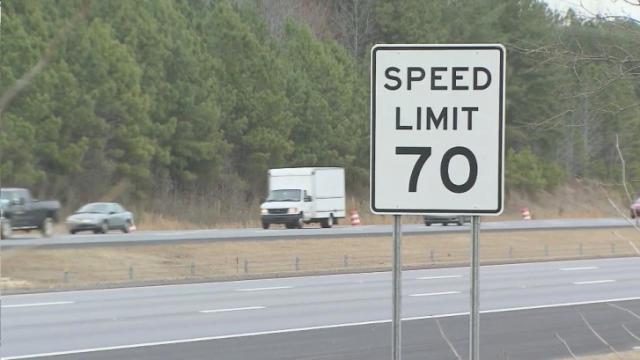 Raleigh, N.C. — The state Department of Transportation said Monday that the speed limit on three Triangle highways will increase from 65 to 70 mph in the next week.

Drivers will soon be able to travel faster on Interstate 540 between Interstate 40 and Glenwood Avenue, all of N.C. Highway 540, including tolled sections of the Triangle Expressway, and N.C. Highway 147 between N.C. 540 and I-40.

“These roads are among our safest highways and we expect that they will continue to be,” State Traffic Engineer Kevin Lacy said in a statement, noting that DOT engineers studied the three highways before concluding that driving on them at higher speeds would remain safe.

A contractor is expected to start installing the new speed limit signs this week, officials said, with the new law taking effect as the signs are installed.

Lawmakers voted down a proposal in June to allow DOT engineers to consider raising speed limits on some highways to 75 mph.