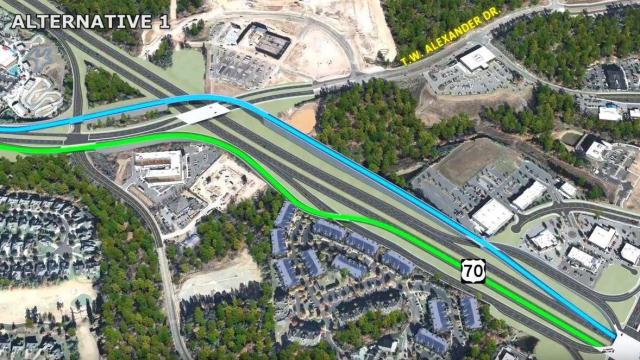 Raleigh, N.C. — The North Carolina Department of Transportation is hoping a new interchange will help traffic flow on Glenwood Avenue near Brier Creek.

Officials have two plans for dealing with the stretch of road from Interstate 540 to TW Alexander Drive, and now they want the public’s opinion.

One involves adding extra ramps and lanes to control traffic from TW Alexander to Glenwood Avenue and 540. The other replaces that intersection with an overpass, and builds a new intersection that would eventually connect with Aviation Parkway.

A public meeting regarding the plans will be held Thursday from 4 to 7 p.m. at the Embassy Suites Hotel located at 8001 Arco Corporate Drive in Raleigh. Attendees will also have the opportunity to submit written comments and questions until May 6, 2017.