High water closes I-95, I-40; DOT recommends detour around the Carolinas

The North Carolina Department of Transportation on Friday night recommended a detour of hundreds of miles for travelers headed southbound to avoid Interstate 95 through the Tar Heel state, as well as I-40 east of I-95.

"This is an extremely long detour, but it is the detour that offers the lowest risk of flooding at this time," the DOT wrote, noting that travel is hazardous and the risk of flooding is present at any time over the next 24 hours on all roads south of U.S. Highway 64 and east of Interstate 73/74. 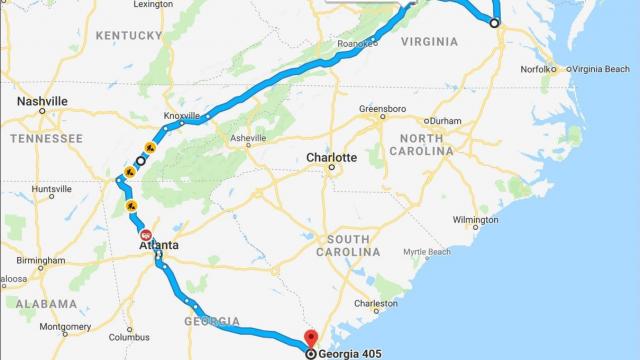 The recommended route takes travelers west on Interstate 64 in Virginia to I-81 South, to I-75 south in Tennessee to I-16 East in Georgia back to I-95.

Just before midnight on Saturday, I-95 was closed in both directions because of high water between milemarkers 19 and 22.

Motorists also are being advised to avoid I-40 between I-95 and Wilmington because of flooding.

A truck heading from Boston to Florida with a load of fresh seafood, overturned on Interstate 95 just south of the 106 mile marker, near Kenly, on Friday afternoon. 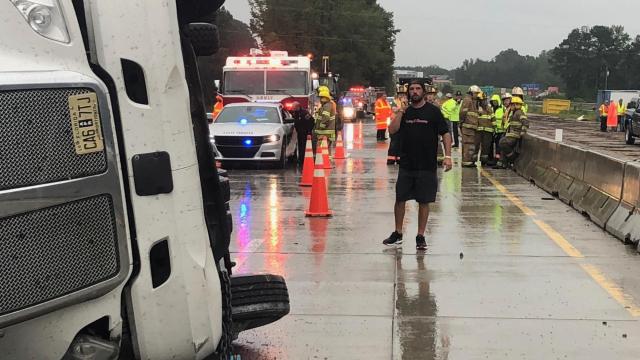 According the North Carolina Highway Patrol, the driver claimed that he was forced into the jersey barriers by another 18-wheeler at a lane shift in a work zone.

He lost control and flipped his truck into the guard rail. The driver, who did not give his name, was not injured.

Southbound I-95 was expected to remain closed until the damaged guardrail could be replaced, according to the state Department of Transportation. Traffic was being diverted onto U.S. Highway 301.

Interstate 95 in both directions also was closed Sunday morning near Florence, S.C., because of flooding.