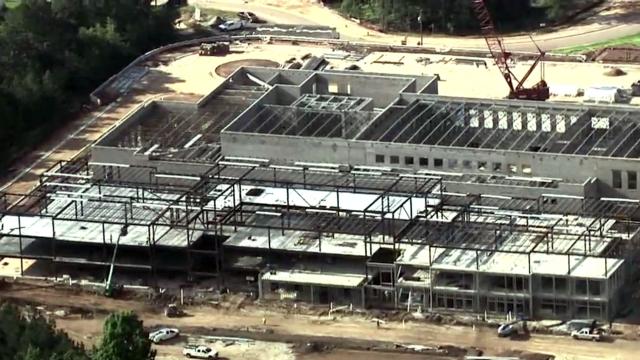 Raleigh, N.C. — Gov Roy Cooper re-upped his call for a major state borrowing package for school construction and other infrastructure Thursday, parts of which may find a warmer reception this year than in the past from normally debt-adverse Senate Republicans.

Cooper spoke to county commissioners gathered Thursday morning for a virtual meeting of their statewide association. He said the state recently borrowed money for road construction at 1.48 percent interest, feeding his desire for a multibillion-dollar bond package along the lines of one he proposed last summer.

A smaller bond package with different spending priorities had support last year among the House Republican majority, but Senate leadership preferred a pay-as-you-go approach, and the measure never passed. With the coronavirus pandemic slowing the economy and taking a still-unknown bite out of state tax collections, that may change.

"If the state’s revenues take a big hit, then a bond may make sense for one-time expenditures like infrastructure projects," Pat Ryan, spokesman for Senate President Pro Tem Phil Berger, said in an email Thursday. "The Senate will consider the options once our revenue picture becomes clearer."

That may be as close to agreement as the three sides – governor, House and Senate – have been on this issue, at least publicly, in recent years.

“Sen. Berger and the budget chairs felt last year that it made little sense to take on debt when the state was flush with cash," Ryan said. "That’s why a cash-based, pay-as-you-go model was feasible, and a bond issuance would waste money on unnecessary interest payments. We don’t know what the revenue forecast will be for this year."

That revenue forecast has been delayed but will likely come over the next month. The state's routine debt affordability study is also underway, and State Treasurer Dale Folwell said this week that report, laying out state government's borrowing capacity, should be ready by March 1.

Cooper has pitched two major bond packages. The first totals $4.3 billion, which voters would have to approve after the legislature puts it on a statewide ballot. Nearly half of that would go toward building and renovating public schools, with the rest for water and sewer projects, university and community college system projects and $500 million for affordable housing.

“We need to put a quarter of a billion dollars into broadband access," Cooper told county commissioners.