Donald Trump doesn't need to concede -- it's a custom, not the law 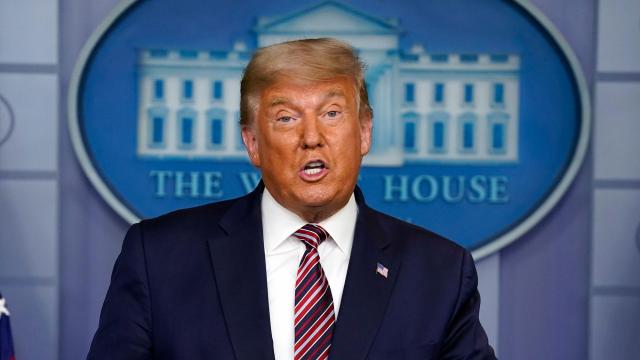 By Zachary B. Wolf, CNN

CNN — Conceding a lost election is the classy thing to do and it has usually been a part of the country coming together after a divisive campaign.

But President Donald Trump has not yet conceded to Joe Biden, who was projected the winner of the 2020 election on Saturday, and has not indicated he has any intention of doing so.

Yet concession is a custom, not something required under the law.

There are usually two elements to a concession -- a call to the victor and a speech to supporters.

Hillary Clinton called Trump to concede in 2016 and she addressed supporters after it was clear she'd lose (although she advised Biden not to concede if the election was at all close and to let things play out).

John McCain set the modern standard for graciously conceding when he told supporters, "A little while ago, I had the honor of calling Sen. Barack Obama to congratulate him on being elected the next president of the country that we both love." Read it here.

Al Gore called George W. Bush to concede on Election Night in 2000, then called him back to un-concede when results in Florida tightened. He ultimately did concede, 36 days later, after the Supreme Court ended recounts and gave the White House to Bush. And he gave a conciliatory speech to the nation even as his supporters fumed at the result.

At some point -- maybe not today and maybe not until legal options are exhausted -- it will become clear to people around Trump and to Republicans in Congress that this thing is over.

Maybe it will come when Trump's vice president, Mike Pence, has to fulfill his official role of certifying the counting of electoral college votes in the House chamber in January.

Losers, who are generally part of the government, usually attend the winner's inauguration in modern times. It's unclear if Trump would do that or not.

It might be a fitting coda to Trump's leadership style that he would refuse to acknowledge his loss.

The constitution is very clear that a new president will take the oath of office on January 20 at noon. That will happen if Trump loses graciously or if he has to be escorted out of the Oval Office by Secret Service, although it's not exactly clear what the Secret Servce would do in the event Trump wouldn't leave.

The fact that the Secret Service has begun to protect Biden more and more strictly -- more agents around him and clearing airspace over Wilmington -- suggests they understand a transfer of power is in the offing, even if the current leader does not.

And there's time for grace from Trump in the coming months.

He could look to the letter George H.W. Bush left Bill Clinton in the Oval Office after Clinton defeated him in 1992. Read the full letter here.

"You will be our President when you read this note. I wish you well. I wish your family well. Your success now is our country's success. I am rooting hard for you," Bush wrote to the man who beat him.

He didn't have to write that.