Orange County, N.C. — Domestic violence is the leading cause of homelessness for women. It's a statistic Tracey Hunt didn't know, until now.

Last year, Hunt was shot in the face by her then-boyfriend at the home the couple shared in Orange County. Anthony Wheeler reached a plea deal for attempted murder. He's scheduled to get out in 10 years.

Hunt says her nightmare began when Wheeler repeatedly came out of a bedroom, "The last time he came out is when I had a gun pointed at my face ... I guess he shot me. I never heard the gun."

The bullet from a .357 Magnum went through her left eye and out the back of her head. The injuries, while not deadly, were catastrophic. 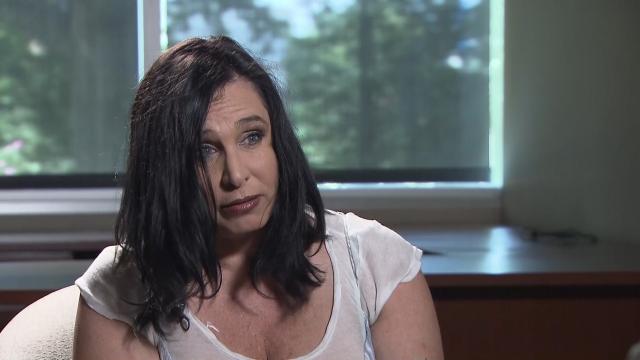 While Hunt continues to recover from her physical injuries, the mental injuries are taking their toll. "I guess I'm lucky. I guess there's a reason I survived. I don't know," she says.

Unable to return to the home where she was living, Hunt is now living with friends around the state. She tried to work, but her vision, hearing and psychological needs were too much. In an effort to get back on her feet, Hunt has applied for disability multiple times, but was denied. She had to apply three times to get money from the North Carolina Victim's Compensation Fund. After the third try, she was awarded $7,000, a far cry from the $30,000 cap for crime victims.

Hunt shared her story with us in hopes of helping others. She pointed out the need for more stable temporary housing for domestic violence survivors, instead of shelters. According to Hunt, there's also a need for funding to allow crime victims to get a place of their own so they can begin the recovery process.

Some of the same issues are part of a recent report that studied domestic violence resources in Orange County. One of the researchers, Dr. Cindy Fraga Rizo, from the University of North Carolina Chapel Hill School of Social Work, explained their findings about the needs.

"Things like housing first, rapid rehousing, or things like flexible funding which is a particular intervention. So thinking about funding in different communities for these needs, services, is really important, but also very challenging," she said.

Hunt feels while survivors fight and struggle to simply put a roof over their heads, those who commit the violent acts are treated better.

While her goal is to return to work, something Hunt says she's done every day of her adult life, she says one realization was like a punch in the stomach, "My tax dollar would be going to help the individual that did this to me, and I don't think people really see it that way."

Hunt now has a disability attorney working on her behalf. She also plans to start speaking to groups about domestic violence and hopefully generate more talk and more resources for survivors like her.