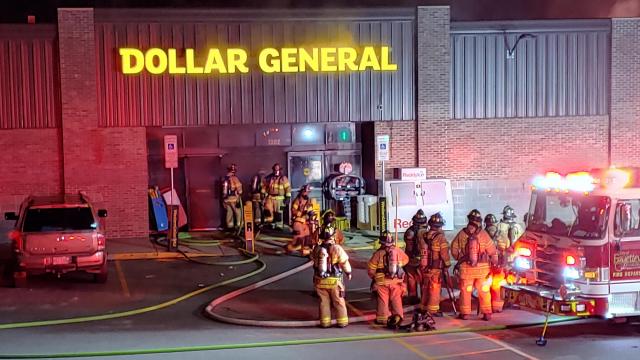 Fayetteville, N.C. — A Dollar General in Fayetteville has been ruled a total loss after it caught fire on Sunday.

The fire happened around 8:30 p.m. at the store at on Ramsey Street.

Firefighters said no one was injured in the fire.

Firefighters also responded to a fire at a home on Revere Street, off Raeford Road.

Officials said the fire was heavily involved when they arrived.

No one was home when the fire started.

The three people who live there are being helped by the Red Cross.