Dolby dials it up for Moogfest 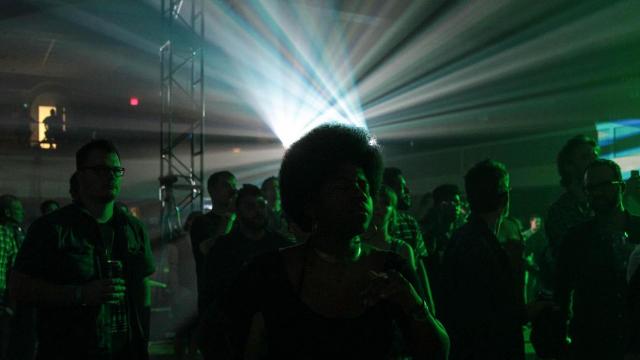 By David Menconi, Out and About contributor

Durham, N.C. — Thomas Dolby hasn’t been on the U.S. pop charts since Ronald Reagan was President more than three decades ago. But when it comes to technology, he’s just as much of a rock star as ever nowadays -- maybe even more so now than the days when “She Blinded Me With Science” and “Hyperactive” were all over MTV. Virtual reality is very trendy nowadays, but Dolby was working with it more than 25 years ago.

“There are actually a large number of people who are aware of the other stuff, which is heartening,” he said, by phone from his home in Baltimore. “In Silicon Valley, I’m better known for developing the audio lab Java or putting the Beatnik synthesizer into billions of mobile phones.”

Now 60 years old, Dolby serves on the faculty at Johns Hopkins University’s Peabody Institute, teaching music for new media. And he’ll be showing off different facets of his dual careers at this week's Moogfest in Durham, playing a live performance as well as conducting a two-way live interview with Pulitzer finalist investigative reporter Jason Leopold on the subject of “truth-seeking.”

“How does one truth-seek?” he asked rhetorically. “It’s very challenging. I think the role artists play is to throw fairy dust on the proceedings to illuminate the dark passages of truth. I’m not really very political, but Moogfest noticed I’d spoken about a few issues on social media and thought it would be a good opportunity for me to talk to somebody who is more in that area day-to-day.” 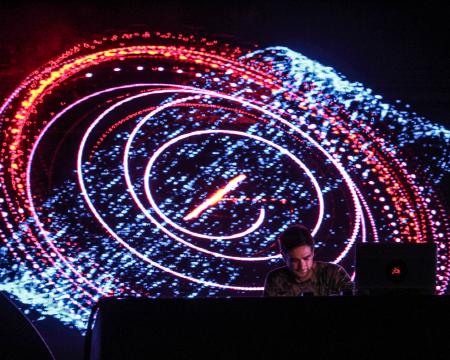 As for the performance, Dolby doesn’t really play with bands or make records anymore (his most recent album, A Map of the Floating City, came out in 2011). Instead, his performances are more like solo tutorials with almost as much spoken-word explanation as musical performance.

“The performance will just be me solo, deconstructing songs and explaining what goes on in them,” he said. “The solo format lets me tell stories about how they’re written and play sounds or beats or explain the chord sequence, then perform them while outputting video from the laptop so the audience can see what I’m doing as I build the songs.”

This will be Dolby’s third Moogfest, and first since he received a Moog Innovation Award in 2012. He’s just one of the multi-media performers Moogfest is offering in 2019, its fourth year in Durham after more than a decade in Asheville.

The festival is under new ownership this year with CEO Gillian Ryan, Q Level LLC. Also different this year is that it’s happening a few weeks earlier, in late April rather than mid-May.

“The weather can get pretty hot in May and we were trying to figure out how to make for a better environment, so we went to earlier in the spring,” said Ryan. “Also, we got a lot of feedback from students about how we’d do Moogfest right after everyone left town for the summer. So we tried to push it toward the school year.”

Festival tickets range from $149 for students (valid ID required) and $249 for general admission, up to $1,500 for the VIP “Engineer” pass. A limited number of single-day tickets are available for $99. There will also be abundant free programming on the American Tobacco Campus. Total annual festival attendance has been about 10,000 people since Moogfest came to Durham.

“Moogfest is so much more than people think,” Ryan said. “From outside, it might look like just another music festival, but it’s also a daytime music and tech conference. We try to bring together future thought, creativity, leadership and everything around sound, technology and experimentation.”

David Menconi was a music critic and arts reporter at the News & Observer in Raleigh for more than 25 years. He has written for Rolling Stone, Spin, Billboard, New York Timesand salon.com. His books include the 2012 biography Ryan Adams: Losering, A Story of Whiskeytown (University of Texas Press), and his next book will be a history of North Carolina music for UNC Press.

He also hosts “That Old North State Radio Hour,” a weekly show about North Carolina music, on Capitol Broadcasting's That Station, 95.7-FM in Raleigh, from 7 to 8 p.m. Wednesdays. Download the That Station app or stream online at thatstation.net to listen.