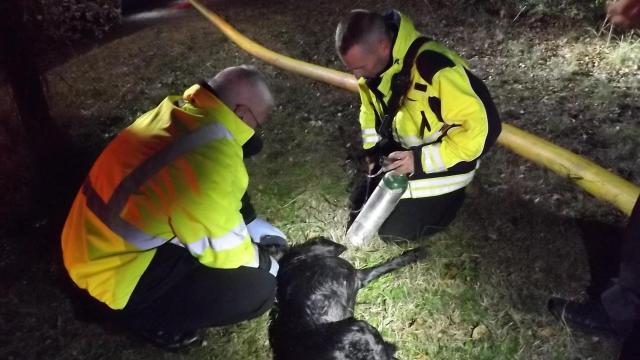 Vass, N.C. — A man and a dog are both okay Monday after their home caught fire overnight.

Around 2:30 a.m., firefighters responded to the 100 block of West Maple Street.

A man inside the home told crews that he awoke to find his home filled with thick smoke. The smoke was so thick that he had to to crawl out of the door of the home into the front yard, and he did not have time to find his two dogs. 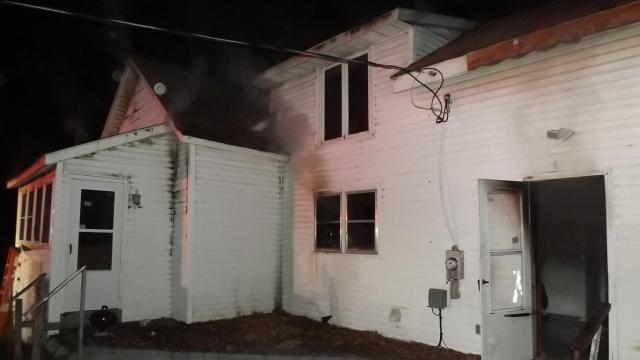 The man reportedly ran a short distance to a nearby convenience store, where he called 911.

According to Cypress Pointe Fire Chief Mike Cameron, fire was shooting up 20 feet above the top of the two-story home when crews first reached the scene. 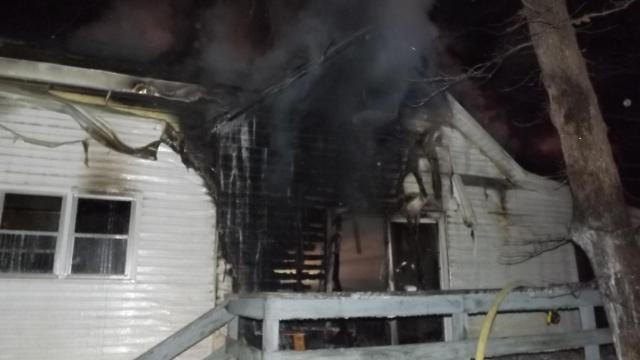 While attacking the fire, firefighters began to search for two dogs that were reported to have been inside the home.

Firefighters located one dog that was still alive inside of the house. Paramedics administered oxygen to the pet, which was suffering from burns and smoke inhalation, and one of the firefighters transported the dog to a nearby veterinarian.

Firefighters located the second dog, which had died in the fire.

The cause of the fire is under investigation.