Does Wellness Begin in the Bedroom? 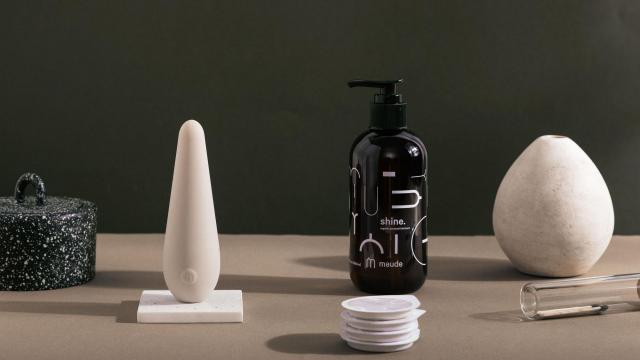 Last year, the subway stations of New York and the feeds of Instagram were plastered with cheeky ads with slumped cactuses that offered a tantalizing proposition. They promoted a new service offering guys — young, yuk-yuk millennial guys — solutions to the kind of problems it’s easier to confide to your smartphone than to your doctor: erectile dysfunction; (“Womp womp,” said the ad campaign); hair loss (Womp); acne.

Hims, a company buoyed by the first flush of venture capital investment (a $7 million round led by Thrive Capital, Joshua Kushner’s firm, and Forerunner Ventures), was one of a number of startups taking self-care directly to consumers: bypass the doctor’s office and the drugstore for a doctor online and a pharmacy that will ship to your door.

Hims thrived, according to its founder and chief executive, Andrew Dudum, who said in an interview this week that the company took in $1 million in revenue in its first week. The service has grown every month since then and has raised an additional $90 million in funding.

The next chapter of this particular new-age story is as old as time: As it is for Him, so it shall be for Her.

This week, Hims introduces Hers, hoping to offer the modern woman an online doctor’s waiting room of her own. After online consultations with Hers doctors (included in the cost of Hers products, which can be filled by the Hers pharmacy, shipping to some 20 states, or sent to customers’ own pharmacies), women can request birth control, dermatologic treatments, products for hair loss and Addyi, a prescription pill for hypoactive sexual desire disorder. (It’s not quite female Viagra, but the only drug approved by the Food and Drug Administration for the treatment of low libido in women.) Over-the-counter goods like vitamin supplements are also available.

“Internally, we’ve been referring to the Hers brand and aesthetic as the more refined, badass sister of Hims,” said Hilary Coles, the brand lead for Hers, a little sister more mature than her womp-womp elder brother. The limp cactuses are nowhere to be found; Hers emphasizes shots of floral corals, which look borrowed from the shelfie of your local Instagram influencer’s bachelorette pad (real or rented).

Hers flies the banner of self-care, beneath which so many new companies, products and services have begun to crowd. And self-care, like its near cousin wellness, is an amorphous, evolving term, an open tent. It can encompass the nebulous and the scientific, the affective and the effective alike: sound baths and crystal healing, face masks and pore strips, therapy and traditional internal medicine, CBD and, well, TBD.

But one thing that emerges from a scan of the landscape is that many new contenders are addressing themselves plainly and openly to sexual health and wellness.

Nécessaire, a body care label that will be introduced this month, is one example. The creation of Nick Axelrod, one of the founders of Into the Gloss, and Randi Christiansen, a longtime Estée Lauder executive, it includes not only body lotion and body wash but also lubricant in its Vogue-friendly offerings.

And last April, EvaGoicochea, a former Everlane staffer, and Dina Epstein, who worked in the sex-toy industry, created Maude, which makes and sells condoms, lubricant and vibrators in chic, coffee-table-ready packaging. (They stress that the site is unisex and designed for all.)

Sexual health, Goicochea said, is rapidly moving toward the mainstream, carried in part by the momentum of self-care. (She and Maude recently participated in “Extreme Self Care Day” at the Wing.) “Last year, people looked at you sideways and said, ‘What are you talking about?'” she said. “We always knew that this was the next frontier.”

One of the distinguishing characteristics of the Hers, as well as of competitors like Ro (né Roman), which also arrived last year to provide online solutions for erectile dysfunction and a handful of other sexual health issues, and is planning to introduce a women’s vertical next year, is an emphasis on telemedicine. That is, medical consultations done digitally, a phenomenon that is increasing among startups and at traditional medical centers.

“I think we’re in the middle of a dramatic transition,” said Dr. Peter Greenwald, an emergency medicine specialist at NewYork-Presbyterian Hospital, where he works on the hospital’s telemedicine efforts. “There’s a real privacy advantage. And when you don’t have to leave your couch, even better.”

Greenwald said that while telemedicine should not and could not replace traditional doctor’s visits, it has the potential to expand access to medical care. Some diagnoses, he said, are easy enough to make telemedically; others are better made in person.

Marketing drugs directly to patients, rather than to doctors, carries its own risks. Hers trumpets that it offers Addyi, although the drug has had a troubled journey to market, and some medical professionals have questioned its effectiveness — or at the very least, the wisdom of prescribing it without a physical examination. Coles responded by saying that it was critical for women to have access to the only drug on the market addressing hypoactive sexual desire disorder.

Others preferred to take on the question of arousal more holistically.

“We’re not interested in pharmaceuticals,” Goicochea said. “As far as we would go is more on the vitamin side.” She added that Maude would soon be introducing a massage candle.

“We’re not trying to sell the silver bullet to your ED problems,” Goicochea said. “We’re saying: If you don’t make time for it at all, it’ll never happen anyway.”