Following mass shootings across the country, school systems revisit and improve safety measures, if necessary. But the hot, new trend in school design is proving to be a security challenge across the country and in Wake County.

“We're always trying to find ways to improve the safety of the buildings,” says Eric Allen, a senior facilities director with the Wake County School System. “I wouldn't call it difficult -- challenging in a lot of ways.”

That challenge is getting bigger with the new open learning environments that are increasingly used in new construction in Wake County schools. Instead of classrooms hidden behind cinder block walls, the new designs use floor-to-ceiling glass as hallway walls. Libraries and cafeterias feature glass walls that allow people outside of the school to easily see inside.

Brooks Magnet Elementary in Raleigh is one of the schools with multiple classrooms shielded with nothing but glass from people in the hallways. The interim Apex High School’s cafeteria in front of the school is primarily glass. 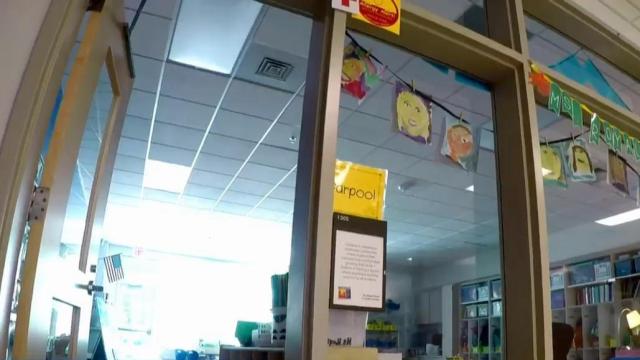 “It is the trend. It is the future,” according to Marcella Rorie, another senior facilities director with Wake schools. She says the new layout is designed to promote academic success.

“It provides more of a home-type environment,” Rorie says. “That's how they're used to learning, so that simply transfers over into the school environment.”

Despite the open and inviting design, WRAL Investigates was contacted by parents and staff with safety concerns.

“Love the layout. If you're talking specifically about the glass wall in the classroom, not a fan,” says Brooks Elementary parent Marcus Hall.

Parent Holly Cannon agrees: “Now you give me a lot to think about because there's glass all over. Like you mentioned the cafeterias, media centers -- and it's pretty, but maybe it doesn't make a lot of sense for the security for the kids.” 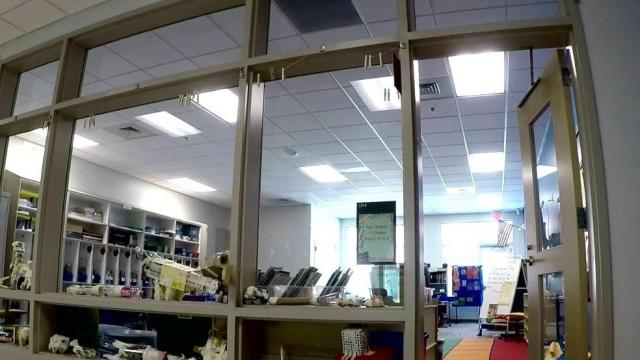 A former student walked into the building and started shooting. By the time Nikolas Cruz was arrested, 14 students and three staff members were dead. An investigation into the shooting found school design played a role in the carnage. One major concern: Cruz used the small windows on classroom doors to see and target victims.

Wake schools say students and staff in the new, glass classrooms have safety procedures, but wouldn’t offer specifics due to security concerns.

“I understand the concerns that some parents may have,” says Allen. “We have looked at this situation at multiple schools when we put it in, and we have a plan in place to help provide adequate security for the kids and the staff that are in these spaces.”

While the school system would not discuss security measures for the new classrooms, it did highlight security features going into new schools. In addition to more surveillance cameras, new schools have a two-level entry system to make it harder for someone to get into classroom areas. 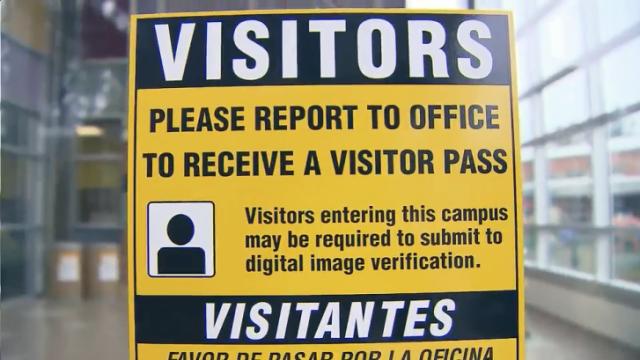 Allen says older schools that lack security technology at the front door should see those improvements by the end of this month.

Cannon is impressed with the front-door security, but she’s still concerned about the school design if someone with bad intentions gets in.

“I was pleased with the security to get in the building, but certainly glass walls don't make a lot of sense now that I'm considering it,” she said.

Hall agrees: “One of my children is in one of the rooms that has a glass front, and of course with the fear of an intruder coming in it does raise our level of concern for the kids. There's nowhere for them to hide.”

Allen says the school system is constantly changing security to meet a changing world, but admits there’s only so much he can do.

When asked about potential solutions, like installing blinds to help shield students and staff from an intruder, Allen says the blinds could provide problems for law enforcement.

He says using bullet-resistant glass is not financially feasible, but some school systems across the country are applying a new, high-tech liquid bond to windows that can withstand most gunfire.