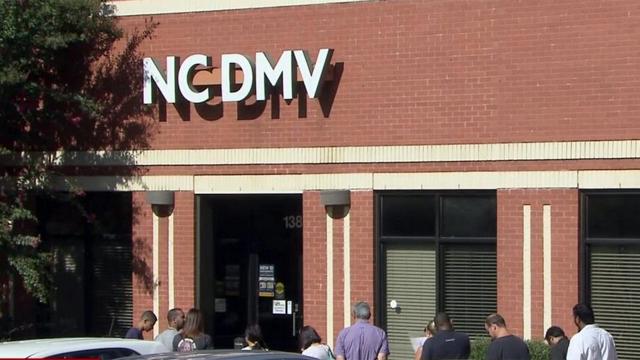 Raleigh, N.C. — The North Carolina Department of Motor Vehicles said Friday that they are working to make corrections after more than 2,000 drivers in the state received licenses with data errors.

DMV officials said employees noticed the licenses printed by IDEMIA, the vendor under contract to print licenses for the state, had been mailed to recipients with data flaws and launched an investigation.

Officials did not say what was wrong with the licenses, but said they believe the problem impacts about 2,400 credentials for people under age 21.

“DMV is concerned about this situation and we are committed to finding out what happened and correcting errors,” said DMV Commissioner Torre Jessup. “We regret any inconvenience caused by this incident.”

IDEMA has been producing driver’s licenses for the state since 2015 and licenses are mailed directly from their production center to the recipient.

While DMV officials investigate the errors, IDEMA has been directed to cease printing and mailing licenses and to manually review all licenses currently at the printing facility.

A DMV spokesperson said a forensic IT team has been called in to investigate the incident while the DMV investigates vendor protocols. The Department of Homeland Security has also been contacted out of an abundance of caution, officials said.

“The DMV will hold the vendor responsible and require they produce new documents for all those impacted at no cost to the resident,” Jessup said.

If you receive a license that contains an error, DMV officials say to keep the erroneous document until you receive a replacement.

The erroneous licenses can be mailed to the following address: