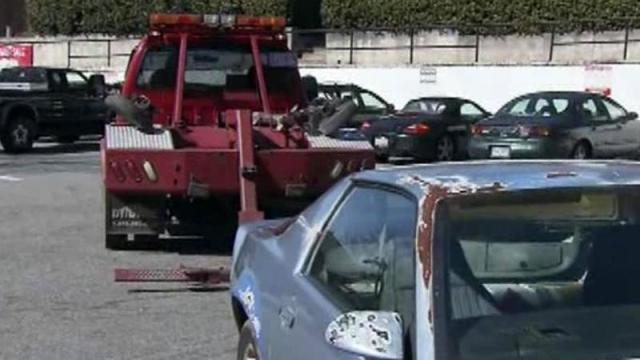 Raleigh, N.C. — State investigators have located nearly all of the 234 vehicles unaccounted for last year in a state audit that raised questions about whether contractors were keeping the cars for themselves.

Even the three cars still unaccounted for Tuesday – a 1983 Chevrolet truck, a 1999 Ford Taurus and a 1998 Chevrolet Tahoe – can be explained, according to the contractors' attorney. Problems accounting for the vast majority of these cars appears to stem from paperwork problems, including mistakes recording VINs used to identify vehicles.

Nearly half of the vehicles, seized under a state law targeting impaired driving offenders and people who flee police, were returned to owners, according to a report from the Division of Motor Vehicles' License & Theft Bureau.

Sandy Sands, the attorney, lobbyist and former state senator who represents the state's two contractors in the seizure program, blasted State Auditor Beth Wood Tuesday after the DMV briefed a legislative oversight committee on the new report. Woods' office said in September that one of those contractors, Martin Edwards & Associates in Cumberland County, had "actively hindered" her office's review and failed to provide paperwork for more than 200 vehicles and might have "inappropriately benefited from the contract."

At one point, her audit said, someone from the company threw a subpoena at the auditor trying to serve it.

Wood didn't accuse contractors of stealing the cars, noting that her audit dealt largely with missing paperwork, and her office forwarded the matter to DMV's law enforcement unit for further investigation. But without documentation for so many vehicles, her audit said contractors "could have kept the vehicles for themselves or auctioned them off and retained all the proceeds."

Wood fumed as Sands criticized her before the committee, and at one point committee Co-chairman Dennis Riddell, R-Alamance, gaveled him down, asking him to stick to the subject at hand, which was the DMV's new report.

Wood told lawmakers in her own remarks that the seizure program remains "way out of sorts," but she acknowledged the vehicles had largely been found.

She said auditing the program, which her office did after the state Department of Administration complained about a lack of cooperation from Martin Edwards, cost some $233,000. She also criticized the state Department of Public Instruction for being "asleep at the wheel" and failing to reconcile seizure records for years before handing program oversight off to the DOA.

Some of the proceeds from this seizure program go to local schools.

Both Wood's office and the DMV recommend a number of changes to the program. Among other things, DMV investigators said police officers, who likely process seizures rarely, need to be trained on the program.

The DMV report states that some vehicles were seized through the program when they shouldn't have been and that 90 vehicles reviewed in the audit were released to their owners without a court order or other expected paperwork from the state courts.