Fayetteville, N.C. — Tanya Wallace is living in a hotel during the coronavirus pandemic. Her family was displaced from their Portsmouth Drive home a couple weeks ago by a fire that tore through their home and burned everything they owned.

"It's overwhelming," she said.

Wallace is taking care of her mother, who is an amputee, and her two children while also teaching classes online through Google classroom to 9th to 12th grade students in Cumberland County.

The day of the fire

On May 20, Wallace woke up in the night and heard her fire alarm beeping. Moments later, her entire house was engulfed in flames. 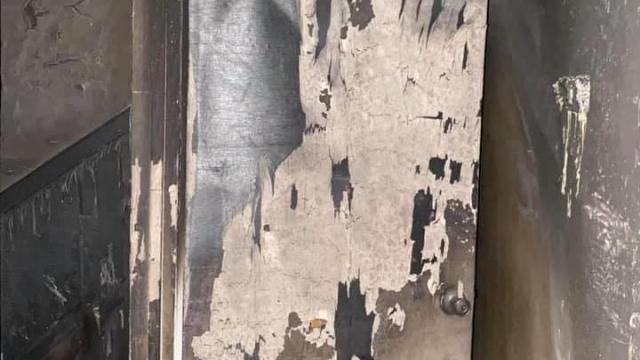 Four people were at the home when it burst into flames. They watched the house the family had called home since 1979 burn before their eyes.

"A lot of memories were there, a lot of mementos," were lost, Wallace said.

Emergency services were able to respond quickly to the fire because of her smoke alarm, and numerous 911 calls detailing the tragic fire. Hieu Sifford, deputy fire chief at the Fayetteville Fire Department, told Wallace the fire was caused by the clothes dryer.

She called 911, and her fire alarm system notified emergency services.

Emergency services were able to respond quickly to the fire because of her smoke alarm, and numerous 911 calls detailing the tragic fire.

"They helped calm us down, Tanya said. "Because we were quite hysterical."

Sifford told Tanya that, "Anything time you need, just dial 911." 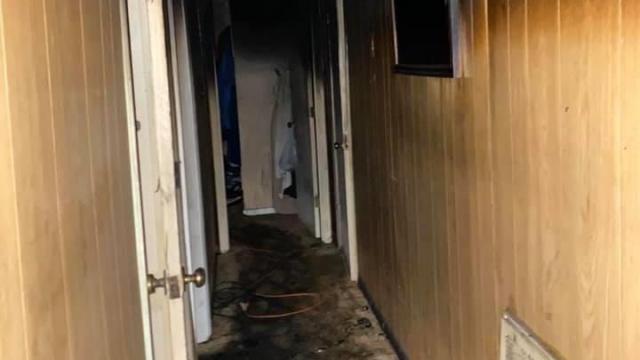 Wallace cares for her mother, who is in a wheelchair. The week of the fire, her mother was in the hospital. While that was hard, Wallace said it was a blessing she was not in the house -- her mom likely would have died in the fire.

"Love your family, because our tomorrows aren't promised," Tayna said.

The Wallaces are looking for a short-term lease while their home is being rebuilt, but they need one that's accessible for that wheelchair.

"I'm hoping to find some normalcy in our lives," she said.

When Wallace's family does rebuild, ADT has promised to install a free security system in her home and provide a free year of monitoring.

"That just gives me a lot of comfort," Tanya said. 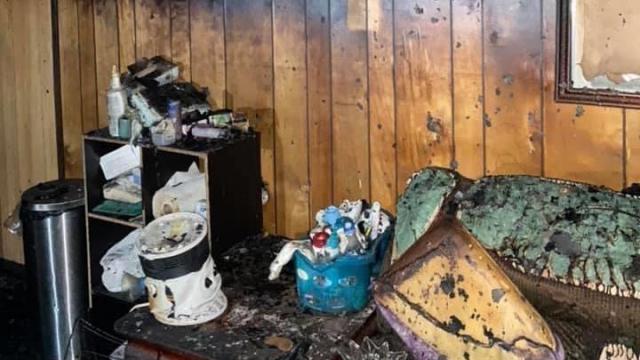 Nearly 3,000 dryer fires are reported each year, and result in $35 million in property loss, according to the US Fire Administration. Over a fourth of those dyer fires are caused by people not cleaning them properly.

Since January, 38 North Carolinians have died in home fires this year.

ADT also donated $5,000 to the Fayetteville Police Department to buy smoke alarms for families in need.