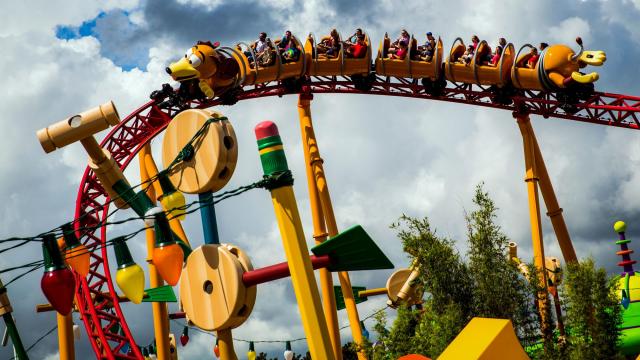 ORLANDO, Fla. — There is nothing small about Walt Disney World. It is made up of four separate theme parks in Lake Buena Vista, Florida, near Orlando, with combined annual attendance of 56 million. The resort sprawls across 25,000 acres, an area nearly twice the size of Manhattan. A steel beam needed to build an “Avatar” attraction last year was so massive that Disney had to borrow crawler-transporters from NASA.

Now Disney World — and Disney’s global vacation empire — is about to get much, much bigger.

With its television business facing significant challenges in the streaming age, and lots of popular movie franchises to put to use, Disney is spending billions to supercharge its theme park division, which has emerged as a surprisingly strong moneymaker.

For the 2018 fiscal year, Walt Disney Parks and Resorts had an operating profit of $4.5 billion, an increase of more than 100 percent from five years earlier. For comparison, Disney Media Networks, home to ESPN and ABC, had a profit of $6.6 billion, a 3 percent decline.

Each of Disney’s six theme park resorts around the world is undergoing major expansion, along with Disney Cruise Line. Michael Nathanson, a longtime media analyst, estimates that Disney will spend $24 billion on new attractions, hotels and ships over the next five years. That’s more than Disney paid for Pixar, Marvel and Lucasfilm combined.

“It can’t just be special — it has to be spectacular,” Bob Chapek, Disney’s theme park chairman, said during a hard-hat tour of a 14-acre construction site at Disney World where “Star Wars"-themed rides, shops and restaurants were taking shape. Overhead, crews were sculpting spires designed to look like the petrified remnants of once-towering trees on a distant planet.

Chapek called the overall growth plan “enhancement on steroids.” Here is a look at what Disney is doing and why — along with the risks involved in such an aggressive undertaking:

Disney faces an enviable challenge: Even with steady price increases for peak periods — single-day peak tickets at Disneyland in California now run $135 — visitor interest often exceeds capacity at some properties. “You can only let so many people in a park before you start to impede on satisfaction level,” Chapek said.

‘Star Wars’ is its own galaxy

In terms of attracting crowds and creating excitement, nothing quite compares to the “Star Wars” franchise.

In 2019, Disney World and Disneyland will open matching 14-acre “lands” called Star Wars: Galaxy’s Edge. On one lavish attraction, guests will board an Imperial Star Destroyer, where roughly 50 animatronic storm troopers will await in formation. On another, guests will be able to pilot an interactive Millennium Falcon.

“It’s a personalized intergalactic ride — live your own ‘Star Wars’ story,” said Scott Trowbridge, the Disney creative executive overseeing the Galaxy’s Edge projects. “If you crash into a wall, that’s what you will see out the cockpit window.”

The Millennium Falcon ride will use real-time video rendering technology invented by Industrial Light & Magic that responds to the way guests use 200 cockpit controls.

The theme park business will always be sensitive to swings in the economy, said Jessica Reif, an analyst at Bank of America Merrill Lynch. Disney has greatly increased security in recent years, deploying undercover guards and installing metal detectors, but these teeming resorts could become relative ghost towns if a violent incident took place.

Even so, Reif said she was pleased that Disney was spending so heavily on its parks. “It’s the highest return on investment that Disney has,” she said.

Disney Cruise Line will also nearly double in size by 2023. Disney has ordered three new ships costing an analyst-estimated $1.25 billion apiece. It is buying 746 acres on a Bahamian island to build a second Caribbean port. (Disney already has one private island port.)

Robert Iger, Disney’s chief executive, told analysts in May that there was “an inevitability” to Disney’s building a seventh theme park resort in China or another country, although he cautioned that no plans were on the horizon.

“But we’re going to look,” he said. Iger’s bullishness reflects the strong response to Shanghai Disneyland, which opened in 2016 at a cost of $5.5 billion. With its growing middle class, China is a particularly important growth market for Disney.

Even so, a couple of Disney’s older overseas parks have never lived up to their promise, and Iger wants to fix those headaches once and for all. That’s one reason Hong Kong Disneyland is undergoing a $1.4 billion expansion, with half the bill paid by the local government, which is a co-owner.

The Hong Kong park, which opened in 2005, has lost money for three years running, in part because of a regional tourism slump. To turn the property around, Disney is adding two “Avengers"-themed attractions; building the entire “Frozen” kingdom of Arendelle, with two icicle-covered rides; and supersizing the park’s castle. Disney brings space to you

One of the most anticipated additions to Disney World is not a ride. It’s a hotel — one that will have no windows.

The still-unnamed property, code-named Project Hubble by Disney Imagineering, will simulate what it might be like to sleep on board a luxury “Star Wars” starship as it zooms through the galaxy. Every window will be a video screen offering a “space view.” Guests will be encouraged to dress in “Star Wars” costumes.

The hotel reflects a push by Disney to provide more immersive and personalized experiences. Now even your hotel stay becomes an attraction that is “unique to Disney, that you cannot get down the street,” Chapek said.

He is applying the same thinking to Disney World transportation. Instead of relying on lumbering buses to get around, for instance, people can now use the Lyft app to hail a polka-dot SUV called a Minnie Van.

Blending past with future

Change is not always welcomed at Disney parks. “HOW DARE YOU,” one Disneyland annual pass holder wrote in a letter to the company a few years ago in response to some simple tree pruning. “I GOT ENGAGED UNDER THAT TREE.”

Beloved as they may be, these properties are businesses, and Disney must be mindful of relevance. Parents may have a soft spot for Epcot’s creaky, 36-year-old Spaceship Earth ride, but their children — Disney customers of the future — most likely do not.

“The bar for what our guests expect is getting higher,” said Bob Weis, president of Imagineering, Disney’s theme park design division. The relevance factor is one reason that Disney has built so many “Toy Story” attractions in recent years.

Woody and crew are continuously freshened by new films; “Toy Story 4” is set for release June 21. The Disney executives working to upgrade Epcot say they are guided by a slogan — “Disney, Relevant, Timeless, Family.” For his part, Chapek talks about “relentless innovation” across the board, using technology to make attractions more relevant wherever possible.