Disney raises its bid for Fox to $71 billion 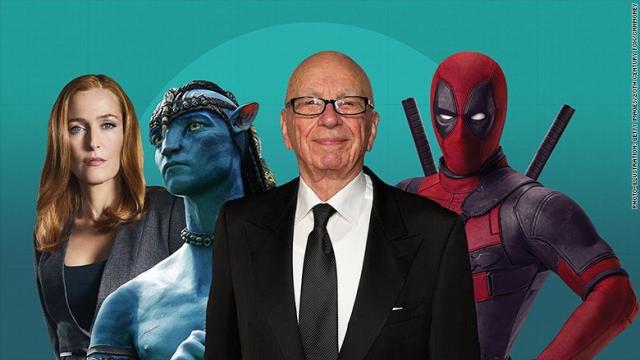 The company sweetened its offer Wednesday -- $71.3 billion for Fox's movie studio, along with Fox's regional sports networks and cable channels like FX and National Geographic.

That's more than the $65 billion Comcast offered a week ago. Disney had initially bid $52.4 billion for Fox in December.

21st Century Fox is the next big prize as the media industry consolidates to survive against competitors such as Netflix and Facebook. Last week, a judge signed off on AT&T's purchase of Time Warner, the parent company of CNN.

Disney's new offer is essentially the same as the first -- just with a higher valuation for the Fox assets. But it comes with one key change designed to stave off Comcast's all-cash offer: a provision that allows Fox shareholders to decide whether to accept their payment in cash or stock.

Rupert Murdoch, executive chairman of 21st Century Fox, said Fox believes Disney's offer is better than Comcast's -- but the company said it would consider bids from other companies, including a revised offer from Comcast.

Fox postponed a shareholder meeting that had been scheduled for July 10. So stakeholders won't pick a winner anytime soon. Fox will have to pay Disney a $1.5 billion breakup fee if it backs out of that deal.

"We are extremely proud of the businesses we have built at 21st Century Fox, and firmly believe that this combination with Disney will unlock even more value for shareholders," Murdoch said.

Fox stockholders would receive 27.45% of a Disney share for every Fox share they own. Disney committed to giving Fox shareholders Disney shares worth $38, as long as Disney's average stock price remains between $93.53 and $114.32. Disney had previously offered shares worth $28 each.

Murdoch will keep a few properties, including Fox News, the Fox Sports national cable channels and the Fox broadcasting network. Those will be spun off into a new company.