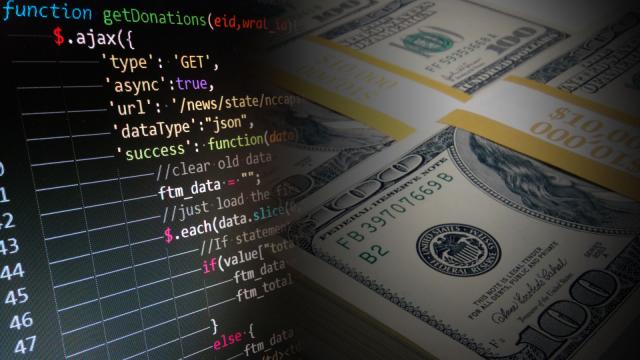 That question – and a lot of others from confused lawmakers – could put on hold a bipartisan proposal to require paid political ads on social media to include information about who paid for them.

House Bill 1065 passed the House Elections Committee on Tuesday, but only barely.

Sponsors Reps. Pricey Harrison, D-Guilford, and David Lewis, R-Harnett, said the goal of the bill is to modernize election laws.

Harrison said political ad spending on social media, including Facebook, has ballooned from $22 million in 2008 to $1.4 billion in 2016. In 2016, she said, it exceeded political ad spending on cable television. But until now, those online ads haven't been subject to the same disclosure requirements as ads in other, more traditional media, such as TV, radio, print or mail.

How you can help track political ads on Facebook

"Lots of us have had these ads run against us without any explanation of who’s running them," Harrison said, explaining that the law would be in effect for the 2018 elections as "a trial run to see what we need to do for 2020."

The disclosure requirement would apply only to political ads that were placed for a fee on a digital media channel that sells political advertising and is used by at least 100,000 people. It would not apply to political content that users post for free on their own pages.

Reps. Michael Speciale, R-Craven, and John Szoka, R-Cumberland, questioned whether "boosting" a post – paying Facebook a few dollars to make a post appear on more users' timelines – would trigger the requirement for disclosure.

"When you boost it, it says sponsored," answered Rep. Jon Hardister, R-Guilford, another of the bill's sponsors. But it wasn't clear whether that in itself would meet the disclosure requirements in the bill.

Speciale questioned why the sponsors decided to run the measure at the end of the session, urging them to pull it and try it again next year during the long session.

"I’m on the Elections Committee. I have no clue what it is we’re doing here," he argued. "I think what we’re doing here is problematic. It’s hard to understand how we’re going to do this on some of the social media platforms."

"We have major concerns with crossing the threshold to regulate free speech on the internet for the first time," Gray told the committee. "It’s hard for us to figure this out. But for regular folks that are out there that want to exercise their free speech rights, this is not a good idea."

Sponsors and supporters argued that the disclosure requirements would apply only to paid advertising, not individual users' posts.

"We’ve got an election coming up, guys," Kromm said. "We really need to look at this and deal with this now. Let’s bring our disclosure laws into the 21st century."

Facebook lobbyist Whitney Christensen said the social media giant is "completely comfortable" with the proposed legislation, which sponsors said had been scaled back and narrowed significantly since its filing.

The voice vote was too close for Chairman Bert Jones, R-Rockingham, to call. A show of hands revealed a 12-11 vote.

The bill's next stop is the House floor.