Did you just give birth? Congratulations! Now start the college fund 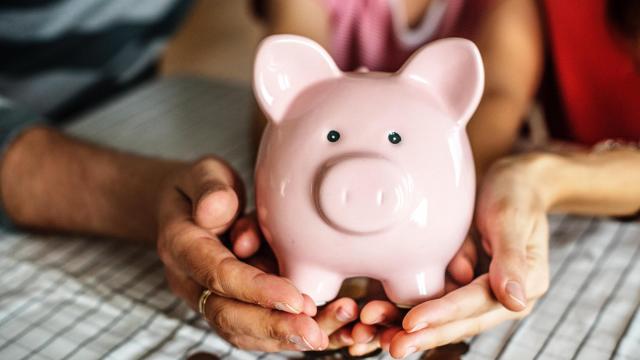 The price for a college education can be staggering.

According to U.S. News & World Report, the average cost of tuition and fees at public, in-state institutions is around $9,700 during the current academic year. For private four-year schools, it's close to $35,700 - a year.

But there's a way to put a dent in those costs - socking away money for college in a fund designed for that purpose. And when you start very early - when your kids are infants - even small contributions can add up to a lot.

Saving early was the focus of a special event Saturday during the NC Central and A&T football game in Durham. Three babies competed for the chance to win $529 deposited into an NC 529 Plan, also known as North Carolina's National College Savings Program. Tiny Dakota Dawkins emerged the victor in Saturday's diaper dash. 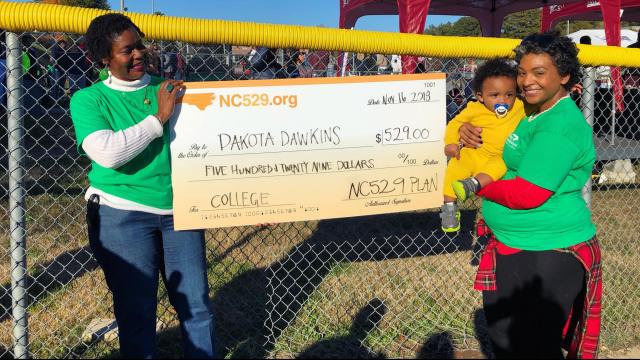 The event aimed to highlight the need to start a child's college fund early - and fund it often. I checked in with Sarita Broadway, CFNC regional representative, to share some basics on 529 accounts.

"The advantage of starting out early is the sooner you begin saving, the more time you have to save and the fact that you can save more aggressively," Broadway said.

They are specially designated accounts that allow money to be invested for qualified educational expenses, typically college expenses. Any earnings on the account are tax free from federal and state taxes in North Carolina as long as they use it for those qualified higher education expenses. Qualified expenses include tuition, fees, computers, books, room and board at eligible colleges and universities across the country.

Broadway said that many believe that funds saved through the North Carolina program can only be used at state schools, but that's not true. They can be used at nearly all higher education institutions across the country, she said.

When do families start saving for college?

Statistics from the College Foundation last year found that most parents don't start saving until kids start school. Based on previous years, the average new NC 529 account was opened for a child between the ages of 5 and 6. That means that parents lost out on years of potential savings - and every little bit helps. At the same time, it's also never to late to start saving.

"If a student is a senior in high school, it's still worth that parent or guardian saving for their loved one," Broadway said. After all, they've got at least two or four years of college ahead of them.

"Most parents continue saving for their children while they are in college," she said. "They don't stop saving when they graduate from high school. And if the student is planning on going to graduate school, they will continue to save."

What kinds of investment options are there?

The College Foundation's website has more information, but investors are offered aggressive, moderate and conservative age-based tracks. Parents or guardians can determine the best track for their family based on their children's ages and their desired level of risk.

Can kids withdraw money from their 529?

Nope. "It's a parental asset," Broadway said. "The student will never have access to the money. They can never contact us and say, 'My parents have a 529 plan account and I want to withdraw $200."

Can anybody put money in my kids' accounts?

Direct deposits into the account are always a good thing.

"What you don't see, you don't miss is a great thing, if you can automatically draft it through your payroll if your company is offering that as an employee benefit," Broadway said.

But contributions to college funds also make for fantastic birthday or holiday gifts from friends and family, she said. (In fact, my kids' grandparents all contribute to their college funds each year.) And anybody can set up an account for an individual - parents, other relatives, friends or an organization.

"The participant who opens up the account," said Broadway, doesn't have to be related to the person for which they are saving for."