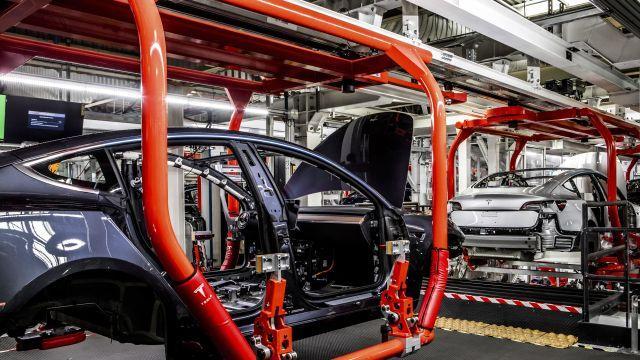 Elon Musk had better be right.

Musk’s audacious offer Tuesday to take private Tesla, the innovative auto company he founded and leads as chairman and chief executive, will surely go down as one of the most unorthodox takeover bids ever.

At two sentences and just 53 characters — “Am considering taking Tesla private at $420. Funding secured.” — it was probably the shortest offer ever. (General Motors’ prospectus in 2010 was over 230 pages.)

The announcement came via Twitter at about 12:48 p.m. from Musk personally, not, as is customary, in a news release or regulatory filing from the company.

Musk offered no basis for the $420 offering price, which would ordinarily be arrived at after reams of analysis by investment bankers and negotiations with a committee of independent Tesla directors.

Given the offbeat sense of humor that Musk has sometimes displayed in his Twitter posts, there was immediate speculation that the $420 figure was a reference to a widely used numerical code — 420 — that refers to marijuana. (April 20, 4/20, is celebrated by some people as a kind of national marijuana holiday.)

Tesla, whose shares Nasdaq halted trading in for much of the afternoon, was silent on the subject of Musk’s Twitter post for more than two hours. Around 3:30 p.m., the company published an email from Musk to employees that said “I’m considering” taking Tesla private while adding that “a final decision has not yet been made.”

But it was Musk’s “funding secured” statement on Twitter that may put the iconoclastic founder most at risk. He provided no details about how much funding had been secured, from whom or under what conditions. His email to employees did not mention anything about the funding.

“That’s a clear factual statement,” said John C. Coffee Jr., a professor at Columbia Law School who specializes in corporate law and securities fraud. “If it’s not fully secure, that’s potentially a very material misrepresentation, and a very straightforward violation of Rule 10b-5” of the securities law — in short, securities fraud.

It is illegal for a director or officer of a public company “to knowingly or recklessly make material misstatements about that company,” said John Coates, a professor at Harvard Law School who teaches mergers and acquisitions. Musk’s “tweets seem cryptic at best, and it is hard to see how he has complied with his duty to not be misleadingly incomplete.”

The Securities and Exchange Commission contacted Tesla on Wednesday to inquire about the accuracy of Musk’s tweets and why the announcement was not made in a regulatory filing, according to a person briefed on the inquiry, who was not authorized to speak publicly on behalf of the SEC. Such questions typically precede the launch of any formal investigation.

Perhaps Musk could find himself some wiggle room over what he meant by “secured,” even if it turns out that he does not have the requisite tens of billions of dollars in takeover financing already lined up. (Some banks and large investment funds indicated Tuesday that they had not been in talks with him.)

Even at a time when Twitter is the preferred medium for presidential communiqués, this is no way to commence a takeover bid. “It’s crazy,” Coates said. “If I assigned this scenario to my students, the list of legal issues would fill many pages.”

For one thing, it is doubtful that a private Twitter account provides adequate notice for a public announcement of a $72 billion deal that is likely to move a stock’s price. (By the end of the day, Tesla shares had shot up over 10 percent.)

In 2013, the Securities and Exchange Commission ruled, in a case involving the Netflix founder Reed Hastings, that companies can announce important news via social media as long as they have previously told investors they might do so, and simultaneously announce that news to the broader public.

Hastings was not sanctioned for the relatively innocuous remark at issue in the matter: that Netflix subscribers had surpassed a viewing milestone of 1 billion hours. That is a far cry from Musk’s announcing what would be the largest private buyout offer ever, one that could very well run afoul of the commission’s guidance. (Tesla did say in a 2013 SEC filing that it might use social media to make material information public.)

“This approach doesn’t even come close to adhering to SEC rules,” Coffee said.

Then there is the question of the price, for which Musk offered no rationale.

“A chief executive can’t just say he’s taking the company private at a price he determined, without any explanation and without any attempt to negotiate a deal,” Coates said. “He has to go to the board, which needs to appoint a special committee of independent directors, which would hire investment bankers and lawyers to help negotiate a deal. There must be some attempt at an arms-length transaction.”

Coates predicted a “welter” of lawsuits from disgruntled shareholders and short sellers who lost money on the big jump in Tesla’s stock price Tuesday. And if the shares plunge on subsequent disclosures, disappointed buyers will sue, especially if no buyout materializes.

Coffee agreed. Short sellers, he noted, lost over $1 billion Tuesday and may be eager to sue, especially given Musk’s frequently hostile comments about them. Punishing short sellers would be no justification for false or misleading statements.

“And you can be sure there will be people who sold their Tesla stock before the price ran up, who will say they didn’t follow Musk on Twitter and didn’t know about his tweet," Coffee added. “There are plenty of plaintiffs’ lawyers who would be happy to take that case.”

Musk has also put the company itself in an awkward situation. “If I were their lawyer, I’d tell them to have an 8-K filing at the SEC the first thing in the morning,” Coates said, referring to a regulatory filing used to disseminate information that may be important to shareholders. “It needs to explain if this was a joke or a mistake, and if not, what he really meant.”