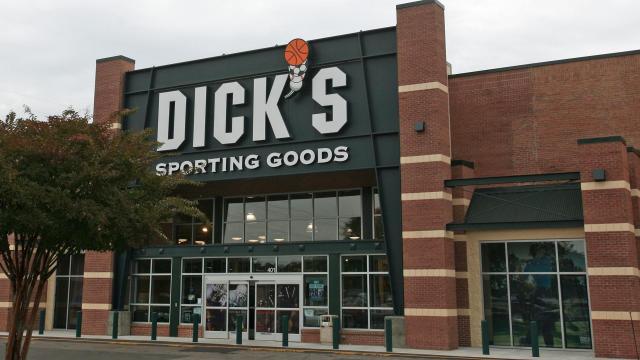 (CNN) — Right after the mass shooting at a Florida high school earlier this year, Dick's Sporting Goods decided to stop selling assault-style weapons at its stores.

Now the nation's largest sporting goods retailer is going to destroy those guns.

"We are in the process of destroying all firearms and accessories that are no longer for sale as a result of our February 28th policy change," the company told CNN.

"We are destroying the firearms in accordance with federal guidelines and regulations."

A company spokesman wouldn't say how the guns would be destroyed.

Dick's was one of a number of retailers that made changes to their gun sales policy after the February 14 massacre at Marjory Stonemen High School that killed 17 students and staff.

Around the same time, Walmart said it would also raise the age restriction for purchase of firearms and ammunition to 21. It also removed items from its website that resembled assault-style rifles, "including nonlethal airsoft guns and toys."

L.L. Bean and Kroger (which sells guns through its Fred Meyer stores) both raised their minimum gun buying age to 21.

Dick's CEO Edward Stack said he and other company executives were moved by the Parkland school shooting survivor's push for gun control measures. And he said the company was alarmed after learning that school shooter Nikolas Cruz had bought a gun at Dick's, although not the AR-15-style rifle used in the February 14 massacre.

"We don't want to be a part of this story any longer," he told CNN's New Day back in February.