Despite winter weather, Disney on Ice to go on as planned Sunday 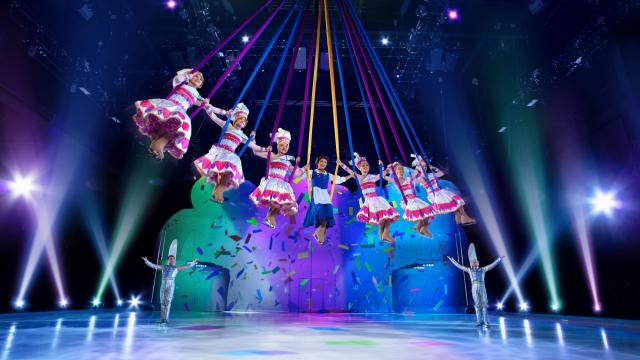 Raleigh, N.C. — There might be ice and snow on the roads on Sunday, thanks to a winter storm that's heading toward the Triangle, but there also will still be ice on the floor of the PNC Arena, so Disney on Ice presents Mickey's Search Party can go on as planned.

Feld Entertainment Inc. announced Friday that this Sunday’s 1 p.m. and 5 p.m. performances of Disney On Ice PNC Arena will take place as scheduled. Those who have purchased tickets but cannot attend should contact Feld Entertainment Customer Service at 800-844-3545 during regular business hours Monday through Friday 9a.m. until 5 p.m. or via email at customerrelations@feldinc.com to discuss exchange opportunities and possible refunds.

Last week as the forecast became clearer, Sunday ticket holders were given the option to exchange tickets for Friday and Saturday performances.

Update: Ticketmaster had been charging a $10 per ticket exchange fee for those who moved their tickets to an earlier performance. I received this update from PNC Arena.

We noted the comment regarding a $10 exchange fee. PNC Arena was unaware of the Ticketmaster exchange fee, until this was brought to our attention earlier today. We contacted Ticketmaster, and due to the circumstances, they are no longer charging the fee in association with Sunday’s Disney On Ice performances. They will also credit accounts within 48 hours for anyone that incurred this fee.

I had the chance to see the show the other night. It's really a lot of fun. Both of my girls - 9 and 13 - enjoyed it. There are lots of pretty incredible acrobatics, skating and special effects involved. Here's a glimpse of the segment featuring the Little Mermaid.