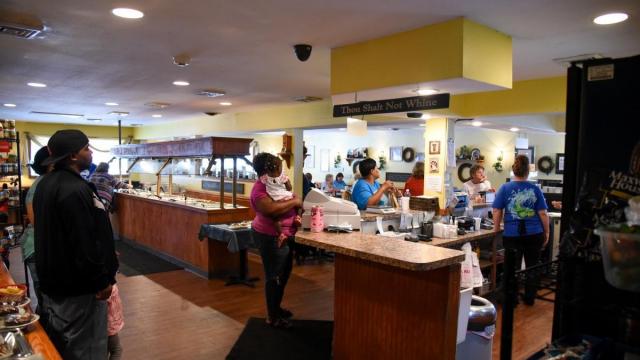 Windsor, N.C. — Hurricane Floyd made landfall on Sept. 16, 1999, but the rains in Windsor started earlier. And the rains didn’t stop.

The water rushed in, cresting the banks of the Cashie River with all the ease of the ocean pouring over a child’s sand castle. The ground was already saturated by Hurricane Dennis two weeks earlier. Falling at 5 inches per hour, the water paid little attention to the layout of the town.

As the storm hammered the rooftops, the muddy river water rose up King Street into the stores downtown.

It didn’t take long to flood the small business district and nearby low-lying neighborhoods. Once-buried barrels of heating oil popped up to the surface and coated the water with an oil slick.

Bunn’s Barbecue, a landmark restaurant in this part of North Carolina, was flooded eight feet deep. The Post Office was considered unusable.

People carried armfuls of belongings to second floors, and then climbed to roofs to wait until jet skis and pontoon boats could pick them up. In all, 75 people were rescued.

Eventually the rain stopped. Floyd moved up the East Coast, and the floodwater receded, leaving behind a silt sludge, ruined buildings, and a brutal reminder of the town’s fragility.

Windsor is no stranger to flooding. Since Floyd, the town has flooded several times, thanks to hurricanes and tropical storms, including Matthew a year ago on Oct. 9. They wrecked local business prospects, though not as brutally as Floyd.

Yet each time, most Windsor residents choose not to abandon the disaster-prone town. They did what close-knit communities do: the residents pulled together, helped each other, rebuilt and stayed.

Luann Joyner, the community relations, marketing and development specialist at Windsor Regional Hospital, has worked in Windsor for 18 years. She said residents refuse to surrender to natural disasters.

“People that have lived here the majority of their lives, they just can’t stand to think that a flood will decimate this town,” she said. “It’s love for your home area. So you don’t throw in the towel – you just keep going.” 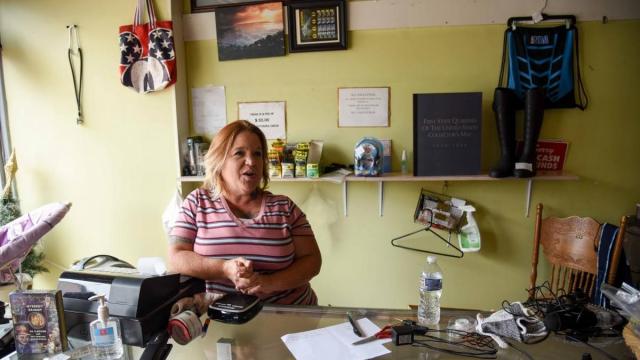 “I don’t even like to remember (Floyd),” said Billy Smithwick, a lifetime resident of Windsor. “When the water had receded enough, I could go to my house, and I thought, ‘What could be worse?’ I never was made whole again, so to speak.”

Smithwick reckoned one-third of the town similarly had either businesses or homes destroyed by Floyd. Mayor James Hoggard said most businesses figure that it’s cheaper to repair damages rather than to wholly relocate following each flood. But that doesn’t mean recovery is easy – Hoggard recalled his own family’s nightmare.

“My parents got to my house at 9 o’clock at night, and they had their medicine in their hands, and that was it,” he said. “The next day I went by canoe to their house, just seeing the lights out, pictures, furniture and clothing floating.”

Though Windsor residents shudder at the memory, there were no deaths.

“I thank God that I survived,” said lifetime resident Betty Lee Sanderlin, donning her checkered apron at a local diner, The Heritage House. “My in-laws had to relocate – some came over to my house because I stay uptown area.”

“I think for some of the ones that did walk away from it, it’s just because, time and time again, blow after blow after blow, it beats you down,” said Emily Torres, who owns a shop downtown. “The people (who) have left, have left not really by choice. They just felt that they had to.”

The 2.8-square-mile town is home to 2,149 residents as well as Bertie Correctional Institution, which houses an additional 1,503 male prisoners. Three NFL players and one NBA player came from Windsor. Logging and agriculture are the town’s largest industries.

The people of Windsor pride themselves on their tenacious optimism.

“I figured out a whole long time ago that it’s a whole lot better to be optimistic than be negative about things,” Smithwick said. “Negative people don’t get very far. Optimistic people manage some way, somehow, to go a long ways.”

Smithwick wore a T-shirt emblazoned with the words “North Carolina Windsor: Chartered 1768” and a Cashie Country Club visor. A former fire chief for the town, he has never lived beyond a half-mile radius of the fire station.

He’s also a prime example of the town’s can-do spirit. Smithwick initiated a project to build the first wheelchair-accessible tree houses on the East Coast to encourage tourism. Elk heads, local roasted peanuts and signs like “Can’t fix stupid” are the décor of the two tree houses nestled alongside the river. Smithwick said the tree houses are so successful that they are almost constantly booked. 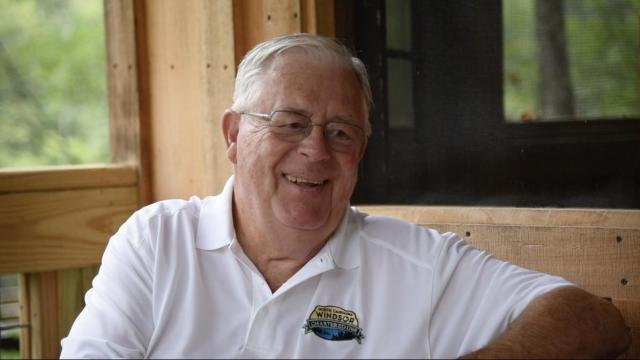 While the tree houses bring new pride to Windsor, what has been an enduring source of pride is its sense of community.

Hoggard was struck by the collective effort for cleanup following Hurricane Matthew.

“Everybody was loading each other’s equipment and coming to help,” Hoggard said. “If somebody had to lift something, all of the sudden three or four people showed up. People will be out there working, and someone will just show up with plates of food.”

Torres welcomes merchandise from other businesses into her store when floods are forecast. After each flood, surviving merchandise is erratically divvied up among storeowners by word of mouth.

“When we came back after the flooding, I mean we were all just out in the streets, just trying to identify which merchandise goes to whose business and who needed what,” she said. “Didn’t even matter whose store or shop or business or office we were at. We were just all doing it together — and that’s small-town mentality.”

There’s more to life than money

Torres often visited Windsor as a child and has worked there for 15 years. She opened up Treasure Island – what she calls a Windsor-style Wal-Mart – on East Granville Street. Filling every nook and cranny are trinkets ranging from second-hand portable keyboards to baby dolls and Timberland boots.

“When I decided to open the business here, I felt the need for the business was present,” she said. “I knew it was not anything that was going to make me rich, but I just felt like it was a win-win situation to do this. Even if you live in poverty, you still have a right to feel like you’re pampering yourself.”

The small-town mentality guides Torres’ approach to her community beyond times of crisis. She offers rides home to elderly residents when she sees them walking. If people enter her store but cannot afford to pay, she keeps track on an index card and allows them to pay later.

“If you don’t come back as you promised, I’ll pay you a little visit and try to work with you,” she said. “This is a community where people literally make a decision between food, electricity, rent, or medicine and a roof over their head.”

Smithwick also appreciates the community’s care for one another and for the town itself.

“We’ll take a Saturday and we’ll do a cleanup around town,” he said. “People of all ethnics, all ages that will come to help clean up because of pride in keeping the town clean. That’s true every day – people just help people.”

That community spirit extends to newcomers too. Joyner grew up in neighboring Hertford County and worked in Raleigh after college, yet marriage brought her to Windsor. She initially worried about how her arrival to the town would be received.

“I thought maybe they’re not going to like this Hertford County girl coming in here and taking a job,” she said. “It was just the opposite. All newcomers are just welcomed with open arms. You just feel like you’re the most special person in the world for coming to Windsor.”

Torres said she plans to work in Windsor for as long as it is economically feasible. Since her childhood, she has always valued a sense of community above all else.

“Those of us who stay haven’t exhausted all of our resources yet and will stay as long as we can,” she said. “But every time we hear about another storm coming or a heavy rainfall, it just sits in the back of your mind, you know. This might be the time that it’s my time to come out.”

What may convince more residents like Torres to stay: Windsor is partnering with state universities like UNC-Chapel Hill, East Carolina University and N.C. State to combat future damage from flooding. A UNC project seeks to waterproof buildings, and ECU geologists are conducting a 50- to 100-year hydrolysis study to analyze causes and solutions. N.C. State is crafting plans to redirect floodwater into temporarily storage.

But Smithwick never foresees himself relocating and relinquishing Windsor’s tranquility. To ride his bicycle around town with crickets as his only company at dusk is priceless.

“I don’t care about being rich. And the quality of life I have here is worth more than a lot of the money you could make,” said Smithwick, who has turned down job offers in Raleigh. “Why would I want to go somewhere else?”