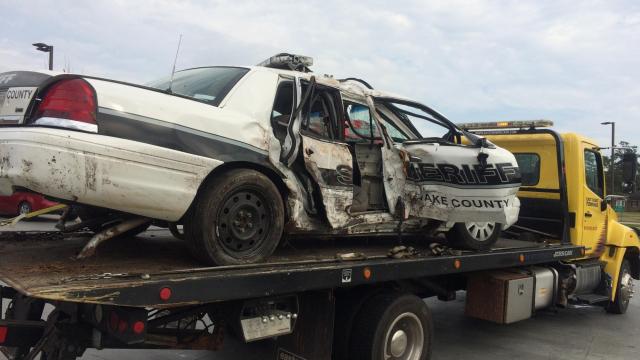 Highway Patrol troopers said the deputy was responding to an accident at about 3 p.m. when his vehicle hit a puddle of water and crashed into a tree.

The deputy was not taken to the hospital, authorities said.

No other vehicles were involved in the accident.