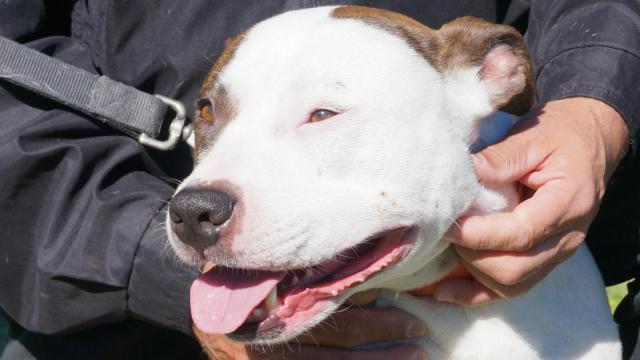 Fayetteville, N.C. — A pit bull who served as a bomb-sniffing dog in the military returned on Monday to his handler after a weeks-long social media battle that cost a Hoke County sheriff's deputy his job.

Then-deputy Deon Fuller adopted the dog and named him Howard after his military service was complete.

But the dog's handler, Alex Reimer, started a Facebook campaign to bring the dog to Colorado where he now lives. The Facebook page, "Bring Howard Home," accumulated more than 35,000 likes.

Reimer said he lost track of Howard in 2013 but recently located the dog in Fayetteville and asked the Fuller family to return him.

They resisted, and the disagreement over Howard's rightful home drew national attention.

Reimer did not say on Monday what finally prompted Fuller to return the dog, but Mission K-9 Rescue posted photos of the dog boarding a plane from Raleigh-Durham International Airport bound for Colorado.