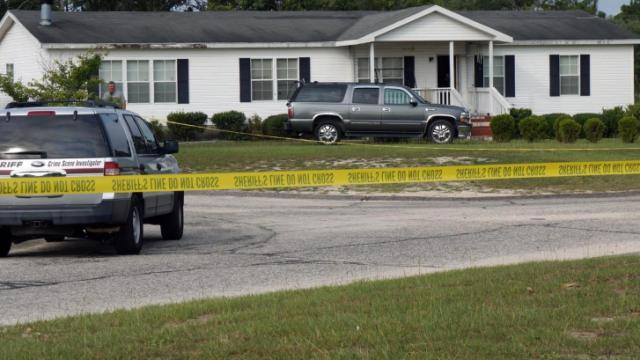 Deputy Joshua LaFave, 25, was shot in the chest, back and shoulder while conducting an investigation inside a New Moon Drive home that was being shot at. LaFave is now in a regular hospital room at Cape Fear Valley Medical Center after spending the past few days in serious but stable condition, Cumberland County Sheriff’s Office Spokeswoman Debbie Tanna said.

Investigators say Andrew “Jay” Michaelis shot multiple rounds into the home of his father-in-law on July 30 after an argument with his estranged wife.

Michaelis was killed while being pursued by deputies.

Investigators believe the incident may have started after Michaelis’ wife in North Carolina, whom he has a 13-year-old son with, discovered he was still married to a woman in Michigan.

LaFave was one of four deputies injured in the incident. The other three deputies are either on administrative duty or worker’s compensation, Tanna said.