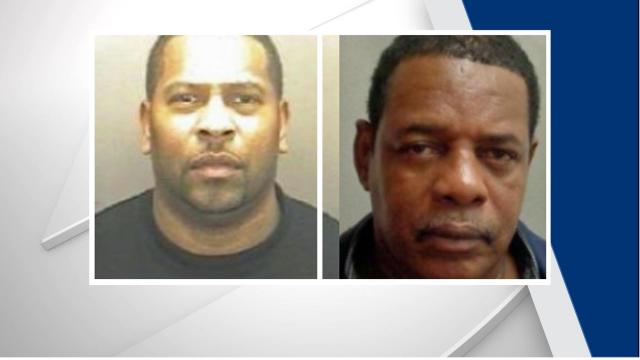 Chapel Hill, N.C. — Two men have been arrested after authorities said they stole beer and pork skins at gunpoint from a Chapel Hill Walmart last month.

The Chatham County Sheriff’s Office said two men entered the store on May 16 and filled a shopping cart with meat, toilet paper, beer and pork skins before attempting to leave the store without paying.

An employee attempted to stop the men, but one of them displayed a firearm and threatened to shoot the worker, deputies said.

As the men loaded the stolen goods into their car, another employee approached them and one of the men threatened to kill the employee if they were followed, authorities said.

Rico Lashawn Moses, 42, of 224 Hayes Road was arrested on May 24 and Terry Lamont Shoffner, 58, of 1803 Purefoy Drive, was arrested on June 4 in connection with the incident.

Both were charged with felony robbery with a dangerous weapon, communicating threats and misdemeanor larceny.

Moses is also charged with a second count of communicating threats, assault on a female, felony possession of a firearm by a felon and felony going armed to the terror of the people.

Moses and Shoffner were being held under $100,000 and $5,700 secured bonds, respectively. Both are scheduled to appear in court on July 16.