DOT warns motorists to keep an eye out for deer 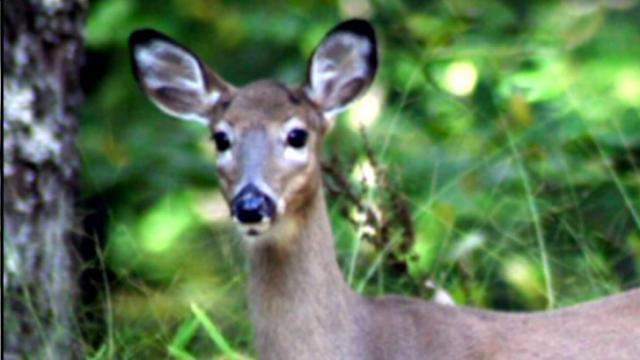 Raleigh, N.C. — As temperatures cool and the fall season kicks in, the North Carolina Department of Transportation is reminding motorists to be more aware of deer on the roads.

Nearly half of all deer-related automobile accidents happen in the months of October, November and December, which coincide with hunting and mating seasons, DOT officials said.

Although the animals can wander onto roadways at any time of day, the most common time for deer-related accidents is between 5 p.m. and 7 a.m. About 86 percent of deer-car collisions happen during these hours, when deer are most active and drivers have limited light to see them, DOT spokesman Jerry Higgins said.

In the last three years, 3,498 people have been injured in deer-related accidents, leading to 17 deaths and $139.1 million in damage.

"More deer are being seen in densely populated areas," state traffic engineer Kevin Lacy said. "Drivers need to be alert at all times."

Wake County had the most deer-related accidents in 2011, with 1,105 collisions, according to NCDOT data. Duplin County was second, with 646 crashes.

In order to avoid a deer-related accident, NCDOT recommends slowing down in wooded areas and marked deer crossing areas. Deer often travel in groups, meaning the road may not be clear if one deer has passed. Drive with high beams on when possible, and look for the reflection of eyes in the headlights, officials said

Drivers who swerve to avoid hitting a deer could cause a more serious crash or confuse the deer, officials said. Allowing more space between vehicles will also decrease the likelihood of involving more cars in an accident with a deer.

"If you can't avoid a deer, it is better to hit it than to lose control of your vehicle and cause a bigger accident," Lacy said.

Most deer-related accidents occur near bridges or overpasses. Deer also follow streams, railroad tracks and ditches, the spokesman said. NCDOT recommends letting out one long car horn blast if a deer is spotted, which should encourage the deer to run away.