Fort Bragg, N.C. — The Department of Defense identified two service members who were killed Wednesday in a suicide bombing near the city of Kandahar as soldiers who were stationed at Fort Bragg.

The two soldiers were identified as Jonathon Hunter, 23, of Columbus, Indiana and Christopher Harris, 25, of Jackson Springs, North Carolina. Both men were members of the 1st Brigade Combat Team with the 82nd Airborne Division, which deployed to Afghanistan in June.

"They haven't told me a whole lot yet, just about a bomb. A truck bomb, I think it was," said Hunter's father, Mark Hunter. "He was doing security patrols with different armies."

Mark Hunter said his son studied music at Indiana State University and wanted to become a music producer, but accepted an ROTC scholarship because he didn't want to burden his family with the cost of college.

“He had a heart of gold, an infectious smile and he thought of others before he thought of himself," Mark Hunter said. "He loved his country and he served it very proud." 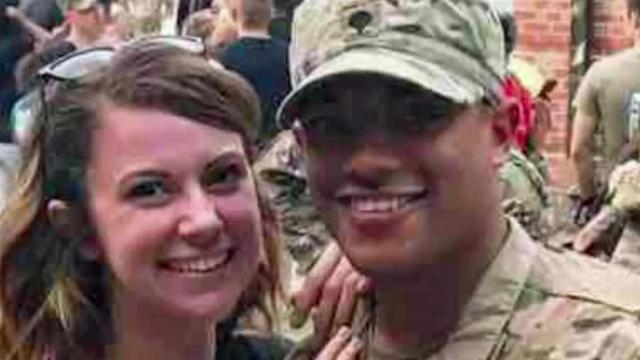 "Chris lost his life by a Taliban suicide bomber in Afghanistan on August 2, 2017, along with another great American soldier," the GoFundMe page for Harris states.

Both the GoFundMe page and a Facebook post stated that Harris' wife recently learned she was pregnant with the couple's first child. 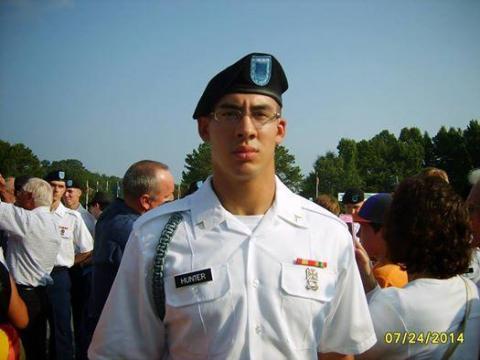 Fort Bragg officials confirmed the deaths of Hunter or Harris Thursday night. It is customary for the military to wait 24 hours after next of kin have been notified of a death to publicly release the information, officials said.

It followed an unprecedented delay in releasing the American casualty tolls in the attack in southern Afghanistan — reflecting an emerging disagreement on how the military should handle information about American casualties.

The U.S. military in Afghanistan says that four American troops were wounded in the same suicide bombing. The statement released in Kabul on Thursday says their injuries are not life threatening.

The service members were part of an international force referred to as the Train, Advise and Assist Command south, a reference to their location in the country. Five other countries besides the United States are stationed in the south __ Australia, Germany, Bulgaria, Poland and Romania, said U.S. military spokesman in Afghanistan Lt. Damien E. Horvath.

In Wednesday's attack, a suicide bomber rammed his explosive-laden car into a NATO convoy outside Kandahar. The Taliban quickly took responsibility for the attack.

U.S. military officials in Afghanistan refused to give any information about casualties, even after the Pentagon released the casualty figures. Nicholson said the reason for the delay was to allow time for notification of family.

Ghulam Ali, who runs a mechanics shop near the attack site on the outskirts of the city of Kandahar, said the intensity of the blast knocked him out.

When he came to, he saw a military vehicle on fire on the road. He stepped out of his shop but a sudden burst of gunfire drove him back inside, he said. Then, helicopters arrived and he saw soldiers being taken away from the scene but could not determine the extent of their injuries.